Housebuilder Persimmon produced a “robust performance” in 2020, helped by strong completions in the second half of a year impacted by Covid-19.

The York-based group sold nearly two-thirds of its annual total in the final half of the year, with the Government’s changes to stamp duty a contributing factor. 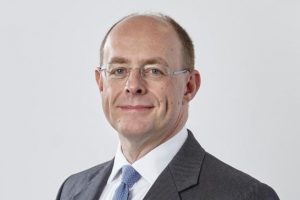 Dean Finch, the former National Express boss who joined Persimmon as group chief executive in September, said: “Against the backdrop of the unprecedented challenges of 2020, Persimmon produced a robust performance for the year, as we continued to deliver the new homes the country needs.

“The group’s strong second half completions were supported by its advanced build coming into the year, an agile and effective response to the Covid-19 pandemic and resilient customer demand.”

The higher average selling price was attributed to more sales to owner-occupiers, which accounted for 84% of home sales in 2020 compared with 79% in the previous year.

The final weeks of the year saw its performance return “towards more normalised levels”, caused by a smaller number of active sites and first-time buyers waiting for the opening of the new Help to Buy scheme in mid-December.

Finch added: “Recent events have served to further demonstrate the continuing near term uncertainties arising from the Covid-19 pandemic.

“However, we believe that the longer term fundamentals of the UK housing market remain resilient and I am confident Persimmon will continue to deliver superior long term value for all of its stakeholders.”

The FTSE-100 group said it did not access any of the UK Government’s Covid-19 financial support schemes and “has no plans to do so”. It paid out a 110p-per-share dividend last year, compared with 235p in 2019.

Persimmon’s share price has gradually recovered most of its fall in value over the last 10 months. In February 2020, it reached an all-time high of more than 3300p before losing nearly 60% of its value in a month, ahead of the first UK lockdown. It closed last night at 2785p, which values the group at nearly £9bn.

Russ Mould, investment director at AJ Bell commented: “Persimmon is the most expensive builder based on price/book value, using the last published historic NAV per share figure as the basis for the valuation calculation, and it can be argued that the premium rating is merited, even if the FTSE 100 constituent is having to work hard to restore its reputation on two fronts, namely corporate governance after a row over executive pay and customer concerns over the build-quality of its houses.

“The company looks to have coped pretty well with the pandemic, so far. Completion volumes did not dip too badly in 2020 – and Persimmon had already dialled down its growth plans before the pandemic broke, so it could address the accusations that it had begun to favour quantity of completions rather than quality.

“In addition, prices have gone up yet again, no doubt in part due to how the Help to Buy scheme, the stamp duty holiday and low interest rates have all helped to support the market at a time when demand was already exceeding supply.”