Plans for a transport network – including a mass transit system – connecting all West Yorkshire’s communities to jobs, education and opportunity have been set out today – 27 January.

The proposals identify where people will live and work in the coming decades, the journeys they will need to take and how best to connect them through an integrated network including walking and cycling, bus, mass transit and rail.

The West Yorkshire Combined Authority is publishing its Connectivity Infrastructure Plan and Mass Transit Vision 2040 and asking people across the region to have their say. 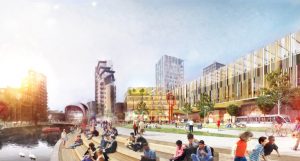 The two documents include further detail on emerging plans for a new West Yorkshire mass transit system and the areas it could serve as part of a wider programme of transport investment over the next 20 years.

They also set out the critical role of major projects including HS2, Northern Powerhouse Rail and the upgrade to the Trans-Pennine line, alongside a rollout of rail electrification, in delivering an integrated transport system that connects communities in West Yorkshire to each other and the wider UK.

Councillor Susan Hinchcliffe, chair of the West Yorkshire Combined Authority and Leader of Bradford Council, said: “If we are going to raise the quality of life for all our communities then we need a transport system that does just that.

“We have already made progress in addressing the legacy of years of underinvestment in our region but we need to go further.

“We want our region to become renowned for a transport system that others look towards, something that enhances the lives of those who live right here in West Yorkshire and that makes us a magnet for an ever-increasing pool of talent.”

She stressed the presentation was only the start of a long-term process, adding it is important to look to the future even in the midst of crisis.

“Transport is key, we have to get that right,” she said. “The connectivity we have now is not good enough to give us maximum bang for our buck.

“Currently, with every journey between Leeds and Bradford, 73% of those happen by car. That is not sustainable.”

Cllr Judith Blake, leader of Leeds City Council and West Yorkshire Combined Authority Transport Lead, said: “These proposals set out how our existing plans to invest, our future ambitions and major infrastructure projects including HS2 and Northern Powerhouse Rail come together to deliver the clean, integrated transport system we need to connect our communities to each other and beyond.

“The people of West Yorkshire deserve a transport system that fills them with pride, with optimism and above all with the confidence our region has a clear direction of travel towards a future that brings prosperity for all.”

Cllr Kim Groves, chair of West Yorkshire Combined Authority Transport Committee, said: “A new mass transit system for West Yorkshire will be a key of our transport system, linking our communities with a quick and reliable service and integrated with bus, rail, walking and cycling.

“This will represent a bold investment; a transformational transport system that will benefit many generations to come.”

She said the aim was to ensure no communities would be left behind.

While she could not yet confirm the cost of the project, she explained: “We’ve got to do the costings and we need to be ready with a business case for 2022 to access £4.2bn available from the Government.

“The road schemes put in place before have favoured the private car, but we want to have a public transport system which is people’s first choice of transport.”

End of the line for smart ticketing across the North