The hydrogen energy specialist raised £172m to accelerate its technology and manufacturing strategies and agreed a partnership with energy infrastructure operator Snam.

It also received an order for the world’s largest PEM electrolyser of 24MW from Linde earlier this month. 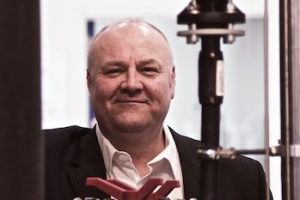 Chief executive Dr Graham Cooley said: “Global energy markets are increasingly recognising the need for the use of green hydrogen within their industrial and pandemic recovery strategies.

“This year we have seen a large number of governments, industrial conglomerates and big corporations announce new plans or strategies to make hydrogen into a feasible option for the energy landscape in the decades to come.

“We have the building blocks in place to make the most of the opportunities presented by global decarbonisation.”

ITM Power operates from the world’s largest electrolyser factory, which is at Bessemer Park, Sheffield, and has an annual capacity of 1GW.

Its share price has increased by more than 500% in the last year and the company now has a market value of £3.5bn, making it one of Yorkshire’s most valuable public companies.

The company is listed on the Alternative Investment Market, but its valuation would put it within striking distance of the FTSE 100.

The Snam partnership has made a big impact on its order book, with its total backlog standing at £124m at the end of October, nearly treble the position a year earlier. Its tender opportunity pipeline has continued to grow, and is up 34% since the period end.

The company had a cash burn of £14m in the six months to October 2020 but held £187m cash after its November fundraise.

The pre-tax loss of £12m for the half year reflected the growth in headcount – it now employs more than 200 staff across the UK, USA, France, Germany and Australia – and the “inflated costs of operating over three sites in Sheffield”, which will consolidate into one site resulting from the move to Bessemer Park.

Cooley added: “The completed move into the new 1GW per annum electrolyser factory at Bessemer Park gives the company a powerful cost reduction trajectory and world beating manufacturing capacity for our record order book and pipeline.”

Robust results for manufacturer despite secondary impacts of pandemic