Roman tourism attraction hopes in ruins after planning thumbs down

Councillors threw out plans for a Roman themed visitor attraction and 211 apartments in central York, citing the harm it would cause to the city’s heritage.

But at York Council’s planning committee, councillors voted to reject the application by 11 votes to three with one abstention.

Plans had been amended since the original submission to the council in 2019 and were revised to include over 30,000 sq ft of Grade-A office space, to replace older offices in the existing buildings.

Planning officers had recommended the application should be approved. But most City of York councillors were not convinced, with one describing the planned replacement 10-storey property as “awful”.

Part of the project involved plans for a two-year archaeological dig to unearth the secrets of York’s past. 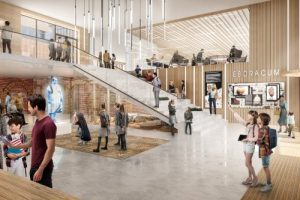 The overall development was intended to inject an extra £334m into the local economy over the next 30 years.

And it was estimated the museum – to have been located in the basement of the scheme – would attract about 500,000 visitors per year.

Members of City of York Council’s planning committee debated the application for four hours at their meeting earlier this evening – 24 February.

They heard from David Jennings, chief executive of York Archaeological Trust, who said: “EBORACUM will deliver significant economic benefits and provide a unique experience which compares with the best attractions globally.

“This is not just focused on short-term profits. This is a wholly exceptional, once in a lifetime opportunity.”

He added the trust has 36 years of experience running York’s successful Yorvik attraction, so has the expertise to make this latest project a success.

Eamonn Keogh, of O’Neill Planning Associates, said the existing “nondescript” properties on the site would be replaced by a vibrant, high quality building.

He stressed Northern House, which would be demolished as part of the project, is a 1960s property housing tenants who are currently looking to relocate to better quality office spaces. He said Northern House therefore has a limited future in terms of providing offices.

“In a place like York which is surrounded by green belt we’ve got to make the best use of the land within the city,” he said.

“This scheme offers an encouraging and positive vision for the future of the city, which deserves the support of the council.”

However, the ambitious plans ran into strong opposition. Criticising the appearance of the proposed apartment block, objector Johnny Hayes said: “If this is ever built I’m sure it will become one of York’s most hated buildings.”

He said it would harm the city’s skyline and heritage, adding the property would have no chance of gaining consent if the visitor attraction was not part of the application.

Other opponents pointed out the proposals make no provision for affordable homes on site and would only benefit the developer and its shareholders.

The issue of the lack of affordable homes among the planned apartments and the forecasted visitor figures for the museum were raised by several councillors on the committee. 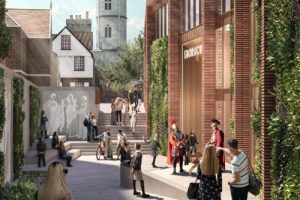 Cllr Claire Douglas asked why affordable housing seemed to have been made such a low priority, while Cllr Tony Fisher queried the numbers of visitors the museum would attract.

Cllr Fisher asked whether supporters of the application were “over-egging” its economic benefits.

Cllr Mark Warters highlighted statements about the planned replacement building made by a conservation officer in the consultations section of the committee’s report on the application.

These note: “The level of harm is categorised as less than substantial, however for the impact on the Central Historic Core Conservation Area and 15, 16 and 17 Rougier Street, this harm is at the very upper limit of this categorisation.

“Legislation requires great weight be applied to conservation of heritage assets, and therefore the public benefits would need to be very convincing to outweigh the high level of irrevocable harm that would be caused to the heritage of York.”

South Yorkshire investor looks to give new lease of life to historic...