“It’s absolutely against the sporting spirit”

The launch of a European Super League has grabbed headlines on Monday, with news that the “Big Six” Premier League clubs are backing the new break away competition gaining condemnation from the FA, the Prime Minister and Leeds United’s chairman. 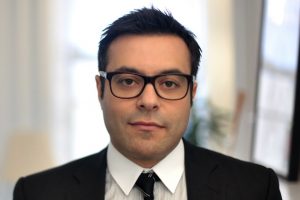 Engaging Italian journalist, Marco Bellinazoo, via Twitter Andrea Radrizzani said: “[It’s] Absolutely against the sporting spirit, the dream of millions of fans to conquer the championships on the field, with planning, vision, work. [It] Kills the dreams of club players and fans. The teams are fans and WE are the keepers of the club.”

The strongly worded statement follows similar comments by the likes of Sky Sports pundit, lower league club owner and former player, Gary Neville who in a three minute interview claimed to be “disgusted” calling all six of the teams “an absolute joke” and for them to be fined and lose points if the move was to go ahead.

However, although there has been talk of a European Super League before and it has previously been used as a means to achieve better negotiations with UEFA for clubs, Neill Kehoe, senior lecturer in sport business management at Leeds Beckett University’s Carnegie School of Sport cautioned this didn’t appear the case this time.

He explained: “The formation of the European Super League (ESL) is real and not just a threat to the likes of UEFA and the Premier League. This doesn’t seem to be a strategic manoeuvre or an act of brinkmanship. This is what the 12 clubs want. It is about financial security. It is about certainty of outcome. For the Spanish and Italian clubs, it is also about their jealousy of the Premier League and the financial rewards available therein.

He added that the move is a business one and that “the protagonists” behind the ESL have “long been frustrated with how the big revenue generating clubs fail to get a bigger share of revenue from UEFA and more control over commercial rights”.

While the lecturer noted that the ESL lists a benefit of its formation as creating an equal playing field for the teams involved and “curb failures in the Financial Fair Play model”, by ensuring they all have transfer and salary caps while receiving consistent risk-free income. He cautioned the major issue this new league could cause is “the removal of potential peril and risk” which is at the “heart of the integrity of the sport”.

He added that the impact on domestic leagues of the ESL would be “stark, and significantly for the Premier League, La Liga and Serie A – quantifiable”.

“Will broadcasters be willing to offer such lucrative deals to these leagues if the product itself is largely redundant? Why would they provide the billions they do now if the bulk of the games played do not matter? ESL teams could finish 12th in their domestic league and the implications from a financial perspective will be negligible. The snowballing of this scenario is significant. Less money at the elite level means less money all the way through the football pyramid.”

Kehoe adds: “The ironic aspect of the ESL is it reduces the likelihood of its clubs being successful in Europe – you know, winning trophies. But is that something these club owners value anymore?

With Yorkshire having enjoyed the roller coaster of the footballing pyramid over recent years, from the promotion battles of Huddersfield Town, Sheffield United and most recently Leeds United to the top flight of professional football alongside the subsequent relegations, to Harrogate Town’s triumphant promotion to the English Football League just last summer, it’s clear that both Kehoe and Radrizzani’s words harbour the true question, what’s more important to the business of football the fans or the money?!