An ode to the pint to celebrate pubs reopening

Brewery, T&R Theakston has teamed up with a spoken word poet to celebrate the reopening of pubs and capture the nation’s emotional attachment to the pint.

The epic verse that is sure to leave a lump in the throat of landlords and regulars across the country, is entitled ‘More Than Just A Pint’, and has been crafted by poet Ben Taylor a serving Petty Officer in the Royal Navy, who is better known to his legion of fans on social media as Yorkshire Prose.

Taylor who has penned and performed many a verse against a dramatic Yorkshire backdrop, looks to encapsulate and celebrate the special place that the pint holds in British society.

With verses including: “It’s a bond between a dad and his lad, // Between two sisters or your partner in life. // It’s a post work pint decompression, // While you through day’s graft and strife.”

Or more fittingly: “It’s a symbol of recovery now, As we emerge from this chrysalis state, // A can’t wait just to ring up me pal, // Does tha fancy a pint me owd mate?”

The poem brilliantly captures why so many of us have missed being able to pop for a swift drink with friends and family through the lockdown of 2020.

Simon Theakston, joint managing director of T&R Theakston said: “With almost 200 years of brewing heritage behind us, we understand first-hand how, as a nation, we have a huge emotional connection to the pint. The pint is not simply a drink, it’s a helping hand, a celebration, a commiseration, a bridge-builder, and so much more.

“As the hospitality sector makes its return, we wanted to create something that would allow us to capture these attachments, and who better to help us do that than another proud Yorkshireman? As Ben explains so eloquently in the poem, for us, it’s always been more than just a pint, and this is truer now than ever as we come out of lockdown.”

Taylor added: “I was chuffed when I heard that Theakston’s wanted to work together to create an ode to the pint. I was already a huge fan of their beers and, after speaking to the team, I jumped at the chance to help present their values of people, heritage, and quality to a wider audience.

“We’re really proud of what we’ve created together and are excited to see how people respond to the poem. I think the sentiment, the emotional significance of the pint, is something that a lot of people can relate to, especially given the lockdowns. I know I speak for many when I say that I can’t wait to get back in the pub and start creating memories again.” 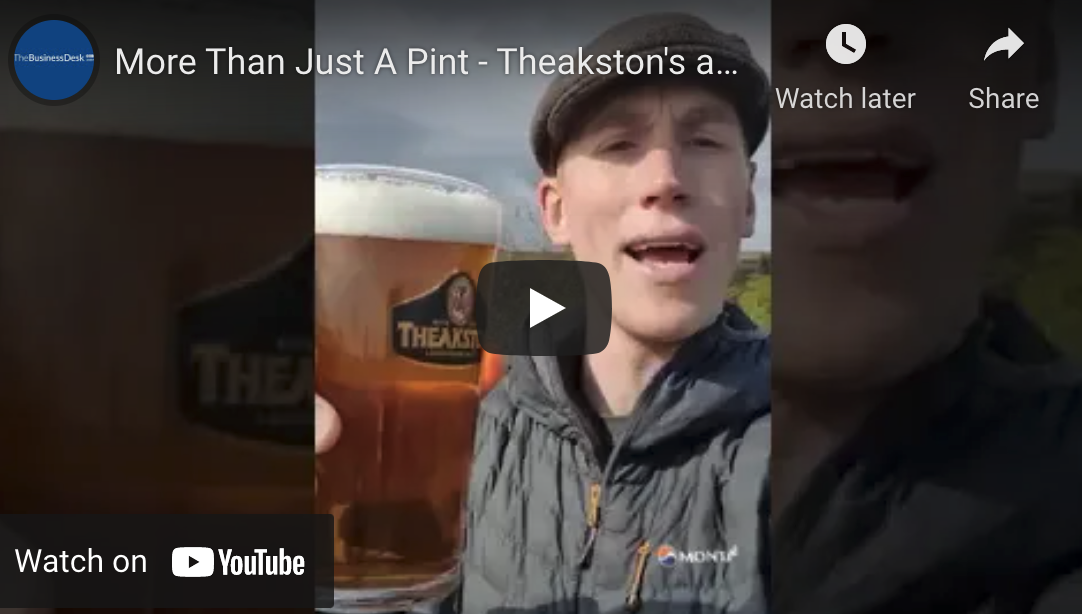