The power of empathy and identity in leadership

Leadership, a pretty Ronseal term if ever there was one, it simply means the act of leading a group of people or an organisation to a single goal.

In reality what does it really boil down to? Countless authors have attempted to describe what being a leader really means or what qualities those in the position should have. However recently I came across a post on LinkedIn that got me thinking about the topic.

The post was by Gav Winter, CEO of RapidSpike, a man who has literally won awards for his business leadership. In it he highlighted that seven years ago it appeared he was “on top of the world (or at least Yorkshire)” but, how in reality it was the start of a dark period where he lost a sense of self, was conflicted and compromised his values.

In his post Winter highlighted that sometimes over his career his “nice guy” approach was chastised with people believing caring and empathy were a weakness rather than a strength, and made him unable to make the hard choices leaders are often required to.

However, as we sit down to start our discussion it’s clear that those skills haven’t held him back, but perhaps have just set him apart.

This conversation started with his post, so what are those values he mentioned within it?

“I can get obsessed with stuff and I think I’m quite addicted to a mission and achieving it at all costs” he explains.

This first sentence potentially sounds like it could come from any successful entrepreneur – many appear to have a drive to succeed that can set them apart, but his next comment is what perhaps proves he’s different.

“Actually, I wouldn’t say at all costs because I have a set of values which stop me! I value people and treating people right, more than anything and when I find myself being asked to compromise that value that’s when I really start to not feel great about it.”

In fact our conversation coincidentally takes place during Mental Health Awareness Week and Winter explains how it is the moments in his career when he has perhaps broken his values, that he’s suffered with his own mental battles although he asserts he now has the support network around – including his family, team, and surprisingly his investors, Praetura Ventures – that mean he will “never slip into a ‘that’ dark hole ever again”. So what of the times when he feels he’s not done right, he says that they’ve “normally related to people”.

Surely the key to leadership is your approach to people? Some business books might suggest a stick approach, others a one size fits all rigid structure, but for Winter it’s more nuanced.

“Some people say you need to be hard-nosed in business and don’t get me wrong some people are and are very successful, but for me empathy and understanding are crucial to the true success of a business.

He explains how the very skills that have often been portrayed as weaknesses are in fact crucial to him.

“They help me understand when someone isn’t operating at their best and allows me to look at ways we can be flexible and support each other. Now that’s not to say you go too far, because some people don’t want your help and there does have to be a line, it’s a really tough line between looking after someone and business.”

As the conversation continues on the topic of values Winter explains: “It’s about identity and being you and embracing people’s authentic selves.”

This concept might be tricky for some but he believes that enabling people to be true to themselves and their values enables them to do their best work.

He adds: “The person may not be good at x but is great at y, and if you allow them to be themselves and embrace their strengths and weaknesses, then the next person you get into your business can complement them.”

Although he warns this approach doesn’t come without challenges as “every single one of those people will likely need managing in a different way”, but he adds that’s one of his favourite parts, “I actually quite enjoy that situational leadership.”

This approach to flexible and situational leadership he explains hasn’t always been embraced by colleagues and has sometimes caused friction. He smiles as he explains as a leader it’s his role to trust employees and sometimes others may have a doubt but in reality they should trust in him.

He explains that despite being almost 45 he has often felt closer to his colleagues in their 30s than those in their 50s something which he puts down to his upbringing and which has shaped his leadership style.

“I often think because of my upbringing – I had young parents, I had computers from an early age and we listened to what was current music – I was pushed a little bit forward into future thinking. And hopefully anyone who has worked with me as a leader has benefited from my approach.

There have been challenges and I’ve had wonderful people work with me who I wanted to promote but old school thinkers thought differently and didn’t want that, which meant I watched as that talent left and went on to do amazing things.”

The conversation then returns to the topic of empathy and its importance in leadership and transitions to women in leadership.

“Sometimes male leaders can feel a bit threatened by women in leadership positions and their drive to make things better for minorities in technology, I’m not one of them. I celebrate it massively because, statistically, you’re more likely to get an empathetic female than an empathetic male leader. The best example I can think of and one that I do get inspired by is Jacinda Ardern who leads New Zealand with empathy and those kind of leaders at the highest level are few and far between.”

So has empathy held him back well it doesn’t appear to have done so to date and if it stops him being the next Bill Gates, well “so be it” he states.

“I don’t know how to be a cutthroat businessman. I’ll never know, I can’t do it and for a while a I thought I needed to try to be, but it’s not me. I can’t compromise my personal values and I don’t want to.”

As the conversation comes to an end we return to the topic of awards which started it all off. He smiles as he explains: “When all is said and done, the one thing that no one can ever take away from me is that at that time, I was perceived to be at the top of my game. And no matter what someone says about me, or what existential crisis I end up in, I was there. And for me that feeling of achievement is the same, whether it’s a Director of the Year award, Deloitte Fast 50 or simply winning the cup final in my last season of Sunday league football.”

After the zoom ends, it’s clear there is no single answer to what makes a great leader, historians, philosophers and business consultants will continue to debate it forever. But for Winter it’s clear the key to his success are empathy, honesty and identity and ultimately being true to yourself! 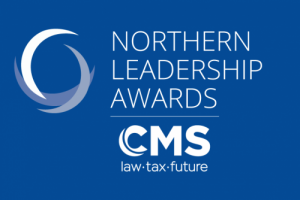 TheBusinessDesk.com is currently accepting entries for its Northern Leadership Awards which look to highlight and reward the individuals and organisations across the North who are role models for their teams and raise the bar for their competitors. For more information or to enter click here.

Colleges secure £2.6m worth of investment for green skills