Manufacturer Genuit Group, which makes plastic piping and ventilation systems, now expects its underlying operating profit to be close to the top end of the current consensus of £80m to £88m.

Doncaster-based Genuit, previously known as Polypipe, has issued an update on trading for the four months ended 30 April 2021 ahead of its Annual General Meeting.

The Group says it has experienced a “robust” start to the year, with stronger than anticipated revenue growth in the period to 30 April.

For ease of comparison, the current year’s financial performance is compared to the comparative trading period for 2019, which excludes the distorting effect of the onset of the Covid-19 pandemic in March 2020.

On a like-for-like basis excluding the impact of acquisitions, revenue was 13.5% higher than 2019. Margin performance has been broadly in line with expectations, buoyed by strong operating leverage.

Genuit adds its three acquisitions completed in February 2021 are all performing well, with Adey so far exceeding expectations. The integration of these businesses is proceeding according to plan.

Martin Payne, chief executive officer, said: “The Group has delivered a positive performance so far this year as well as completing the acquisitions of Adey, NuHeat and Plura.

“The strength of trading conditions and that of the structural growth markets we operate in, leads the Board to expect these improved trends will continue for the remainder of the first half of this year.

“There is some remaining uncertainty about how the pandemic will evolve, but the Board believes the Group is in a strong position to make continued progress in the current year.” 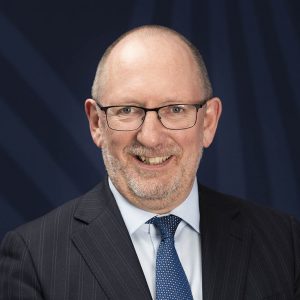 Payne has informed the Board of his intention to step down as CEO and from the Board.

He will leave the Group during the first half of 2022, to support an orderly transition, after leading the business for five years.

Ron Marsh, chairman, said: “On behalf of the Board I’d like to thank Martin for the significant contribution he has made to the Group over the last five years, particularly more recently in steering the Group successfully through the COVID-19 crisis.

“Martin has implemented a strategy to develop the Group into the broader water and climate management solutions markets, including six acquisitions, the most recent of which was the £210m acquisition of Adey.

“He leaves the Group in a strong position in growing markets with sustainability at its core.”

Payne added: “I am very proud to have been part of the team over the last five years and am pleased to be leaving Genuit Group in such a strong position.

“I wish everyone at Genuit every success for the future and I look forward to working with the Board to ensure a smooth transition to my successor.”

The Board also confirms the appointment of Matt Pullen as chief operating officer (COO) with effect from 1 November 2021.

He will join Genuit Group’s Board from British Gypsum, a part of the Saint-Gobain Group, based in the UK, where he served as managing director since 2018.

Prior to that, he worked for AkzoNobel for eight years undertaking various commercial and leadership roles of increasing seniority in the UK, Ireland and Northern Europe.

His last role was managing director, UK & Ireland. Prior to that Pullen held various operational roles within the FMCG sector.

He succeeds Glen Sabin, who as previously announced, is retiring. Sabin assumed the role of chief operating officer and was appointed to the Board on 2 October 2017 and will step down from the Board on 1 November 2021.

Marsh said: “Matt is a highly experienced senior executive with a strong track record and is an extremely valuable addition to the team as we pursue our growth strategy”.

Pullen said: “I am delighted to have been appointed COO of Genuit. I look forward to working alongside the Board and Executive Team to deliver continued performance across the Group.”