Burberry boss to step down

Marco Gobbetti, the cheif executive of Burberry has announced plans to step down from the role and leave the business at the end of 2021.

Gobbetti is credited with leading the transformation of the fashion brand and business during his almost five years at the helm, having joined in 2016 from French luxury leather group Celine, where he was Chairman and CEO. 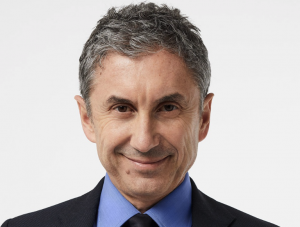 Under the stewardship of the Italian, the business scrapped a £50m plan to open a trench coat factory in Leeds’ South Bank, resulting in the fashion brand selling the land it owned in the city that had been earmarked for the site.

However the fashion boss also ensured the business recognised its strong connection with Yorkshire, with it launching the Burberry Centre for Manufacturing Excellence in Castleford February 2020, which is one of three sites for the firm in the region –  it also operates a base near Keighley and a shared services centre in Leeds city centre.

Like many non-essential retailers the business has suffered over the last 12 months with retail revenues down ahead of Christmas. However, in its preliminary results for 52 weeks ended 27 March 2021, the fashion giant noted its recovery had accelerated through the year.

Announcing his plans to leave Gobbetti noted that with the business “re-energised and firmly set on a path to strong growth”, he belives the time is right to step down and plans to “take up another opportunity that will enable him to return to Italy and be closer to his family”.

Stating: “It has been an incredible privilege to serve as Burberry’s CEO and lead such a hugely talented team. As a group, we have elevated and strengthened the brand and the business, while continuing to be a force for good.

“With Burberry re-energised and firmly set on a path to strong growth, I feel that now is the right time for me to step down. I would like to thank my colleagues as well as Gerry and the Board for their partnership. I am fully committed to supporting them through the transition and I have every confidence that the creativity and strong values that define Burberry will continue to drive the Company’s future success.”

The board is now beginning the search for a new chief executive officer.

Gerry Murphy, chairman of Burberry said: “I would like to thank Marco for his partnership and the immense contribution he has made to Burberry. He has had a transformative impact and established a clearly-defined purpose and strategy, an outstanding team and strong brand momentum. The Board and I are naturally disappointed by Marco’s decision but we understand and fully respect his desire to return to Italy after nearly 20 years abroad. With the execution of our strategy on track and our outlook unchanged, we are determined to build on Burberry’s strong foundations to accelerate growth and deliver further value for our shareholders.”