Bradford is among eight areas longlisted for UK City of Culture 2025, as unveiled today by Culture Secretary Nadine Dorries.

Following a record 20 bids, the West Yorkshire city has made it onto the longlist alongside Armagh City Banbridge and Craigavon, Cornwall, County Durham, Derby, Southampton, Stirling and Wrexham County Borough.

Winning the prestigious title has enormous benefits with previous hosts attracting millions of pounds in additional investment, creating jobs and attracting thousands of visitors to their local area, and Bradford’s bid has been garnering support both at events in London and across the district with Morrisons, Jinnah Group, Rushbond, Yorkshire Building Society and The Broadway shopping centre all backing the bid.

The places will now work with a panel of experts and the Department for Digital, Culture, Media and Sport (DCMS) to finalise their bids before the shortlist is announced early next year. 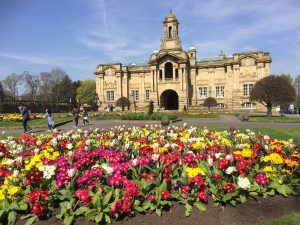 Dorries said: “Winning the UK City of Culture competition has a hugely positive impact on an area, driving investment, creating jobs, and highlighting that culture is for everyone, regardless of their background.

“This year’s focus is on levelling up access to culture across the country and making sure there is a legacy that continues for generations to come. I look forward to seeing what this brilliant longlist has in store as they continue in the competition.”

Sir Phil Redmond, chair of the City of Culture Expert Advisory Panel, said: “The Expressions of Interest stage was introduced as an opportunity to encourage many more places to experience the benefit of coming together to define and share a cultural vision for their areas, and what the longlist demonstrates is the range and depth of cultural ambition across the whole of the UK.

“Also for the first time, each longlisted city will receive financial support to help them develop their vision.

“Each is different. Each has its own story to tell. All share a common aim: to demonstrate how culture can act as the creative catalyst for change. I am really looking forward to seeing how each story develops.”

The competition, delivered by DCMS in collaboration with the Offices for Scotland and Wales and the Northern Ireland Executive, uses culture as a tool for levelling up towns and cities across the country. 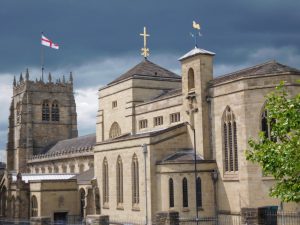 The longlist was recommended by an independent advisory panel which brings together a wide range of expertise from across the UK.

For the first time, this year each longlisted place will receive £40,000 to support the development of their promising proposals.

The winner will be announced in spring 2022 and will follow Coventry’s tenure as UK City of Culture 2021 to take the lead on culture in the UK in 2025.

Cllr Susan Hinchcliffe, leader of Bradford Council said: “Thousands of people across Bradford, Keighley, Ilkley, Shipley and Bingley have been involved in getting the district to this point. To be selected for the longlist of eight is a massive show of confidence in all that we’ve done together.”

Richard Shaw, bid director for Bradford 2025 added: “Our focus now, alongside creating a winning bid, is to ensure that everyone, from every corner of the district, joins us to make ours the most inclusive, most imaginative bid. We want to create a programme that is unique to Bradford, to build ‘BD25’, a new place and time where difference is celebrated, where we relish diverse views, where creativity can flourish and thrive.”

David Potts, CEO of Morrisons said: “People are increasingly aware of Bradford’s potential and that’s good for residents, businesses and visitors. Local people will benefit hugely from the opportunities, not to mention the incredible experiences, of a year-long city of culture celebration. We are looking forward to supporting the bid over the coming months and creating awareness of the campaign amongst our thousands of customers as well as our colleagues across the district.”

Bradford was not the only bid from Yorkshire with Wakefield also putting itself forward for the accolade, but unfortunately not making the long list.

Region chosen for one of UK’s first two carbon capture and storage...

Another £7m worth of investment planned for town