660s jobs will be safeguarded after one of the country’s biggest steel producers secured a £50m cash injection as part of a wider restructuring at Liberty Steel’s owner Gupta Family Group (GFG) Alliance.

The deal comes as the group’s Australian operations debt restructuring Credit Suisse Asset Management with the funding enabling the steel producer’s Rotherham plant to reopen having been closed since spring.

The business which is headed by Sanjeev Gupta, who got the moniker the Saviour of Steel in 2017 when he purchased Liberty’s assets from Tata Steel, was hit by difficulty following the collapse of Greensill Capital, one of the UK’s largest speciality banks and a major lender to Liberty.

After the collapse of Greensill, it was reported that the businessman approached the government for a “last roll of the dice” emergency £170m bailout, which was rejected by ministers, leading to speculation about Liberty’s future.  The business also faced further challenges over the last 12 months, including and investigation b ySerious Fraud Office (SFO) into GFG relating to “suspected fraud, fraudulent trading and money laundering” as well as legal action from its competitor Tata Steel relating to unpaid debts.

However, following this latest announcement GFG Alliance has also confirmed alongside the investment into the Rotherham site that this “funding will set the platform to refinance LSUK operations in full” with the aim of creating “a leading long-term GREENSTEEL hub”.

Following the investment the business noted that it sees “a significant opportunity to expand recycling of scrap steel for growth markets such as infrastructure and engineering” from its Rotherham site and expects production ramp up will to start this month with an aim to reach 50,000 tonnes per month as soon as possible.

It added that further investment plans in Rotherham will look to boost production capacity and introduce new products, while creating new jobs.

The business has also confirmed that it is preparing to sell its speciality steel division which produces steel components for demanding aerospace and energy applications and employs 750 people at its sites in Stocksbridge and Rotherham. The business noted that as a result of the new funding package the division would be able to “run focused production campaigns for key customers” which will “establish a stable operating environment and create an attractive asset”.

Jeffrey Kabel, chief transformation officer at GFG said: “The injection of £50 million of shareholder funds into Liberty Steel UK is an important step in our restructuring and transformation. It will help to create sustainable value, ensure that Liberty has the ability to raise and deploy capital quickly in the UK and enable our businesses to demonstrate their potential and agree long term debt restructuring.” 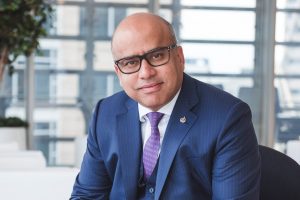 Gupta who was previously quoted as saying none of the steel plants would close on his watch, thanked everyone involved in the deal and for its continued support noting that the business has managed its “way through the challenges created by the Greensill collapse”.

He added: “GFG’s injection of funding to restart the Liberty Steel UK operations is an important step on our road to creating a sustainable UK business. It will allow time to prove the operations can run efficiently which will enable us to finalise longer debt restructuring. The plan highlights the progress we have made since Greensill’s collapse and has secured the support of both creditors and unions.

“Liberty believes as strongly as ever that its GREENSTEEL strategy is the way to reinvent the UK steel sector for a sustainable future. The funding commitment we’re making at Rotherham will safeguard jobs, enable us to benefit from strong outlook for our core sectors and lay the platform to create a sustainable UK business that will generate skilled jobs in industrial communities.”

Industry body UK Steel welcomed the announcement noting it was “really good news” for both its “friends at Liberty Steel” but also the “the whole of the UK steel sector”.

However a spokesperson added: “The last thing the sector needs now is for government to merely sit on its hands and risk an energy crisis becoming a steel industry crisis.”

John Healey, Labour MP for Wenworth and Dearne and the Shadow Defence Secretary said: “This is a breakthrough after months while Liberty workers have been left in limbo. Liberty is at the heart of steelmaking in Rotherham, and we’ve been holding our breath for the working capital to restart production.”

He however cautioned that £50m won’t be enough for long and called for a “full long-term refinancing for Liberty UK” to follow rapidly.

Healey noted that Gupta has “proved the company can get new finance agreed with creditors for Australia, now they must do the same for the UK” and called on the government to take urgent action to support businesses “hit by the crippling rise in their energy costs” adding that UK steel producers pay 50-80% more for electricity than those in Germany.

Bar operator bounces back from pandemic with record results

Action plan gets funding to reduce impact of flooding across West...