The Leeds-based business noted that the spin out would be by way of a dividend in specie and it is intended for Atome to float on the AIM later this year, adding that “a green power company is best placed operating independently of President Energy whose principal business is focused on hydrocarbons”.

The separation of the two companies it said would allow Atome to “be able to command a different investor audience” and have the potential to attract a higher valuation.

Alongside the new admission to AIM, the green energy company will also look to fundraise through a share issue to take it to the point of final investment decisions relating to its two currently announced projects in Iceland and Paraguay. 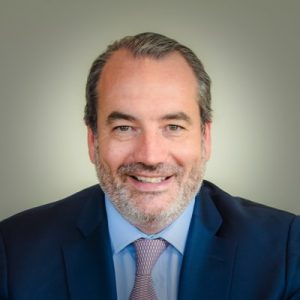 To support Atone’s future, Olivier Mussat has been appointed as its chief executive officer, joining the business from the International Finance Corporation, part of the World Bank where he was the chief investment officer for global energy.

Mussat has previously held roles including head of oil and gas project finance at Standard Chartered Bank and positions at Schlumberger and general Electric.

The other board members of Atome include, Mary-Rose de Valladares, the former general manager of the International Energy Association’s Hydrogen Technology Collaboration, James Spalding, the former Paraguayan general director of Itaipu, the second largest hydroelectric dam in the world by output, and President Energu’s chairman Peter Levine, who becomes chairman of Atome.

Levine said: “I am delighted to welcome Olivier to our main Board as CEO of Atome. He brings with him just the right skillset for this important role, namely a wealth of experience in the key areas of management, structuring, finance and development of international energy projects.

“This very positive appointment is reflective of the serious and substantial nature of Atome’s projects and potential and of Atome’s ability to recruit leading industry professionals including Mary-Rose de Valladares and James Spalding. All of us at Atome look forward to working with and supporting Olivier’s leadership to deliver the significant value creation potential of Atome.”

Mussat added: “The exciting potential of Atome in green hydrogen and ammonia production together with its projects gave me no hesitation when I was invited by Peter to become CEO of Atome.

“Having worked with both electrons and hydrocarbon molecules as energy carriers, I believe that green hydrogen and ammonia is the best chance to deliver the energy transition.

“ATOME has the right expertise and the right strategy to deliver realistic projects, located in the right areas, near readily available baseload green power on tap 24/7 with access to land, water, transport links and end markets with the right partners to fulfil these business objectives.”