Holly Challenger and May Martin have joined chambers as tenants having initially been called in 2019, and will sit within the set’s chancery and commercial and personal injury and clinical negligence practice areas respectively.

Martin, a specialist civil law practitioner with a particular focus on employment, personal injury, and clinical negligence, began her pupillage in October 2020 under the supervision of Stuart Jamieson and Andrew Sugarman.

The firm’s personal injury and clinical negligence practice director, John Hammond, said: “I am very pleased May has accepted the offer of tenancy with chambers.

“Her pupillage has allowed her to gain exposure to all aspects of personal injury and clinical negligence practice, and this experience will only benefit the set and our clients.”

Challenger joins as a tenant after completing her chancery and commercial law pupillage at Parklane Plowden under the supervision of Sarah Harrison.

Also called in 2019, Challenger has experience dealing with chancery and commercial company disputes, having regularly been instructed in cases involving wills, probate, inheritance, real property, breach of contract and/or misrepresentation and regularly represents petitioners seeking winding up orders in respect of companies.

“She will further strengthen the chancery and commercial expertise that we can offer clients across the North Eastern Circuit and beyond.”

Formed in 2007 following the merger of Parklane Chambers in Leeds and Plowden Chambers in Newcastle, Parklane Plowden is home to 124 members.

In July, the set confirmed it would undertake a six-figure refurbishment of its 11,000 sq ft premises on Westgate in Leeds city centre which is due to complete this year. In addition to its Leeds chambers, the set also has chambers on Lombard Street in Newcastle city centre.

It specialises across another four key practice areas: family; court of protection; inquests and inquiries; and litigation costs and funding. 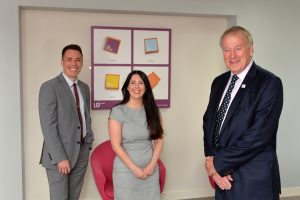 Bridie Johnson-Power and Ryan Cotton have become the latest newly qualified solicitors to join LCF Law, having completed their legal training with the Yorkshire law firm.

Johnson-Power is now based in the firm’s Leeds office within the Disputes department, working on an extensive range of commercial litigation and insolvency matters spanning shareholder and contractual disputes, as well as breach of warranties and indemnity disputes, high-value money claims and interim injunctions.

She completed a law degree as well as the legal practice course and an integrated Master of Law degree at Northumbria University in 2016 and worked as a paralegal at another Leeds law firm before joining LCF Law as a trainee solicitor in 2019.

Cotton is working in LCF Law’s Real Estate team, in the firm’s Bradford office, managing both commercial and residential freehold sales and purchases, as well as drafting and negotiating leases and dealing with the sale of businesses where property is the main asset.

He graduated from Sheffield Hallam University with a law degree in 2016 and then embarked on a legal practice course and master’s degree at The University of Law.

In 2019 he joined LCF Law’s real estate department as a legal assistant before becoming a trainee solicitor.

Simon Stell, managing partner at LCF Law, said: “We have a fantastic track record of supporting the future talent of the legal industry, whether that’s through the traditional university degree route, or our apprenticeship programme, which gives school leavers the opportunity to train in-house and receive a nationally recognised legal qualification.

“Both Bridie and Ryan have done extremely well throughout their training and have already built up plenty of experience assisting with direct contact client work over their time with us.

“We’re pleased they have decided to continue their careers with LCF Law and there’s no doubt they both have promising careers ahead of them and can play integral roles within our well-established real estate and disputes departments.” 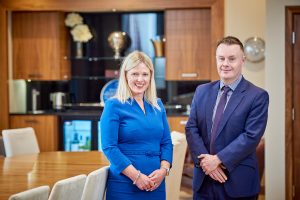 The Switalskis group is set to welcome property lawyer Claire Murphy as a director, with a brief to help develop the firm’s commercial property department.

An experienced commercial property solicitor, Murphy has worked in the sector since 1994.

She trained at international law firm Clifford Chance in London and relocated to Yorkshire in 1996, where she worked at several large Leeds law firms including Addleshaw Goddard, Gordons, and Lupton Fawcett.

In 2013, she founded Claire Murphy Legal, a specialist commercial property law firm based in Ilkley.

She has built a strong and long standing client base of property developers, investors, business owners and occupiers, and counts national businesses such as Lidl Great Britain Limited among her clients.

At Switalskis, Murphy will work with the established senior team, Abigail Mitchell and Andrew Lawson, to expand and develop the firm’s commercial property department.

The Switalskis team acts for regional and national clients in the construction, retail, office, industrial and leisure sectors, including restaurant chain Nando’s.

“Within our strategic plans for the business we have identified a number of areas where we see scope to grow.

“Commercial property is one such area, and I have no doubt that adding Claire’s expertise, ambition and drive to the firm will add depth to our current offering and help us achieve the growth we are looking for.”

Murphy said the move to Switalskis will enable her to better support her clients with the backing of a larger group.

She said: “This is a very exciting opportunity for me to work with a team of like-minded people who share my values and approach to client service.

“There is a lot of energy across the group and a keenness to grow – both of which are very appealing to me.

“I also see huge value in having back office compliance and administrative support from the team at Switalskis, which will free up more of my time to do what I do best and enjoy most: looking after clients and developing the commercial property department within the firm.” 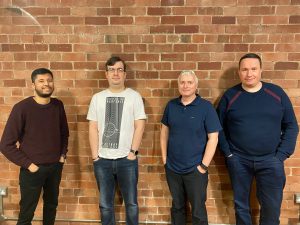 A software development and technology consultancy, which specialises in digital transformations to allow businesses to run more efficiently, has invested in four new appointments in its engineering and project management teams.

It follows a rapid period of growth for Sheffield-based The Curve, during which it has completed projects on behalf of a range of regional, national and international clients including The Rotherham NHS Foundation trust, manufacturing-tech visionary Four Jaw, and charity Shelter.

Joining as project manager, Rudolf Reih brings with him more than 12 years’ experience in the creation, promotion and technical support of software and hardware services.

He also has two degrees under his belt, including one specialising in Mechanical Science from Riga Technical University in Latvia, and one in Business Administrations from the Baltic International Academy.

He will now work alongside the senior management team to provide traditional project management services as well as engage in tasks contributing to an effective ‘customer journey’.

Matt Brown has joined the team as a software developer, having previously worked for Base 8 Innovations.

He brings more than a decade of experience that includes running his own business and a Computing qualification from the University of Derby to the role.

Damon Foster also arrives as a software developer from Methods Analytics with over 20 years of experience in designing, programming, and testing software within the Retail sector across a variety of platforms.

He is joined by Kishan Jadav who has undertaken a wide range of projects using numerous modern technologies having previously attended university in Mozambique where he earned a Bachelor’s Degree in Civil Engineering.

Since it was first established in 2019 The Curve has grown five-fold, so these are the latest in a string of strategic hires which also recently included Andrew Sherwin as a new director.

CEO and co-founder, Paul Ridgway, said: “We are delighted to have Rudolf, Matt, Kishan and Damon join the team, following what has been an exciting period of growth for The Curve, fuelled in part by the emphasis that organisations have placed on technology throughout the pandemic.

“They all respectively bring with them some brilliant expertise and a willingness to learn which we can’t wait to utilise at The Curve.

“Their appointments are indicative of the ambitions that we have for the future as we continue to recruit alongside our expanding client list.”