Energy storage and clean fuel company, ITM Power, has report a total contracts backlog of 499 megawatts (MW) worth £198m to the company, plus an increased work in progress of 86 megawatts.

Publishing its half year results for the six months to 31 October 2021, the Sheffield-based business adds its tender pipeline is now stands at 880 MW, up 145% year-on-year.

Revenue for the period was £4.2m (£0.2m), with the comparable figure for 2020 comparative reflecting Covid-19 restrictions which prevented access to site and completion of projects.

Gross loss was £2.6m (£2.8m) and the loss before tax for the half year was £15.3m (£12.0m), reflecting an increase in overhead, predominantly around engineering and manufacturing resources as the company prepares to scale up its activities. 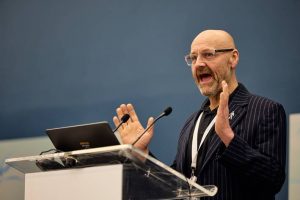 Graham Cooley, CEO, said: “We are making very solid progress, with a number of projects won which have resulted in a significant increase in our work in progress. The company is focused on delivery of products and converting the tender pipeline into contracted projects.”

Sir Roger Bone, chairman, added: “The company has invested heavily in skills and technology over the last year, and we now have a team of highly experienced professionals driving the business forward.

“The global market for green hydrogen is a dynamic new industry and ITM Power is very well placed as a global market leader. We look forward to announcing further contract wins in the period ahead.”

ITM Power, which manufactures integrated hydrogen energy solutions and operates from the world’s largest electrolyser factory in Sheffield, now has over 350 full-time employees and expects this number to increase to about 450 as the scale of its operations increases.