‘We’ve come back because of the opportunity’

In January Panmure Gordon announced it was opening a new office in Leeds to provide investment banking services to high-growth potential companies and institutional clients across the North of England.

Last night (11 May) the CEO of the business which is over 140 years old, Rich Ricci told a group of invited guests that “the reasons we’ve come back in primarily because of the opportunity and the importance of the north to the UK economy”.

Ricci, who is a former CEO of Barclays corporate and investment bank highlighted that it’s important to remember that according to the Office of National Statistics “there are as many high growth companies in the north of England as there are in London, it must be one of the best kept secrets i the world”.

He added: “I think there are many entrepreneurs, family run businesses, great businesses here in the UK that have either an aversion or distrust to the City. So having a presence here [in Leeds] and being here every day, not just coming up with the transaction is really important to reestablish that trust and try to help companies maximise their value.” 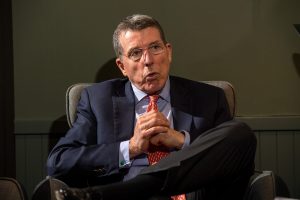 The event which took place at Dakota in Leeds city centre marked the grand opening of the Leeds office which is headed by Simon French supported by senior advisor Stuart Watson, formerly a managing partner at accountancy firm EY, and is home to a team of 5 which the firm is looking to build on. They were all joined at the event by Bob Diamond, former CEO of Barclays and founder of Atlas Merchant Capital which owns Panmure Gordon. 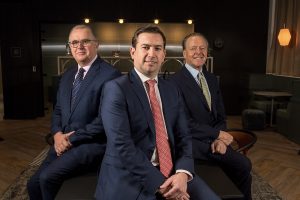 Ricci also took the opportunity to note that the opportunity of Levelling Up offered serious economic value after noting that if all northern businesses were able to achieve the national average in productivity it would “create £23bn in economic value”. This he said is why Levelling Up has “got to happen” and why “we need to keep putting pressure on the government to walk the walk and not just talk the talk, whether that’s on infrastructure, investment and tax relief or other schemes to encourage investment.”

The experienced financial leader also noted that the reason for Panmure Gordon’s excited to be in Leeds is because while being a great city with lots of great activity “not as many of our competitors are here”.