Imminent upgrades to the M621 between junctions 1 and 7 near Leeds should ease congestion, increase capacity and enhance safety.

National Highways project manager, James Finnigan, said:  “Road users and residents will have seen us carrying out preparatory work since the middle of June and we’re due to start work in earnest in August. 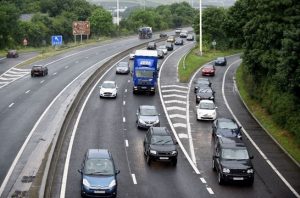 “The M621 is a vital link between Leeds city centre and the surrounding road network.

“During peak times, as many motorists will know too well, traffic often becomes very congested between junctions 1 and 6.  We need to create more reliable journeys for everyone using this route, making sure more people get to where they need to go safely.

“It’s great news for the local and regional economy as our scheme will support economic growth aspirations – helping people and businesses access Leeds city centre and the surrounding area.”

Initial work will include installation of new average speed cameras, overhead electronic information signs and changes to the road layout to help traffic movements around junctions 2 and 3.

Narrow lanes and traffic management will be introduced to keep road users and roadworkers safe during construction, while maintaining the maximum capacity for traffic.

Councillors to be asked to progress planning application for railway...

City beefs up its charging infrastructure for electric vehicles

Council to decide on plans to secure £17m for bus network...