However, the watchdog has concluded that overall, the deal would not harm the vast majority of shoppers or other businesses.

On 13 July 2022, the CMA launched its investigation after the companies submitted the reported £190m deal for review.

McColl’s operates convenience newsagent shops, with over 1,100 stores across England, Scotland, and Wales, while Bradford-headquartered Morrisons – owned by parent company Clayton, Dubilier & Rice (CD&R) – has around 500 grocery stores in the UK.

CD&R is also the parent company of the Motor Fuel Group (MFG). MFG owns over 800 convenience stores, the vast majority of which are attached to its petrol stations. 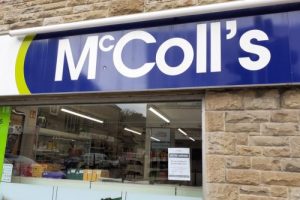 Following its phase one investigation, the CMA has found that the merger between Morrisons and McColl’s raises competition concerns in 35 locations, where McColl’s or MFG convenience stores will face reduced competition if the deal is allowed to go ahead as planned.

It says weaker competition could lead to higher prices or a lower quality service for the customers in these areas who rely on their local shops for groceries.

During the investigation, the retailers accepted that the merger would raise concerns in some areas and asked the CMA to move straight to a discussion of remedies to address these concerns.

Morrisons now has five working days to offer proposals to the CMA to address the competition concerns identified.

The CMA would then have a further five working days to consider whether to accept these in principle instead of referring the case to a phase two investigation.

Sorcha O’Carroll, CMA senior director of mergers, said: “As the cost of living soars, it’s particularly important that shops are facing proper competition so customers get the best prices possible when picking up essentials or doing the weekly shop.

“While the vast majority of shoppers and other businesses won’t lose out, we’re concerned the deal could lead to higher prices for people in some areas.

“If Morrisons and McColl’s can address these concerns, then we won’t need to move on to an in-depth investigation.

“In the meantime, we’re working with Morrisons to ensure it can provide the support that McColl’s needs to continue to operate during our investigation.”

Hundreds of jobs at risk amidst Asda shake-up plans