A Nottingham developer has revised down its plans for what it is calling a “landmark” residential scheme in Nottingham city centre.

BSP Holdings has also had a major overhaul of the scheme, which it hopes to build on the site of the former Gala Bingo club in the St Ann’s area of the city. 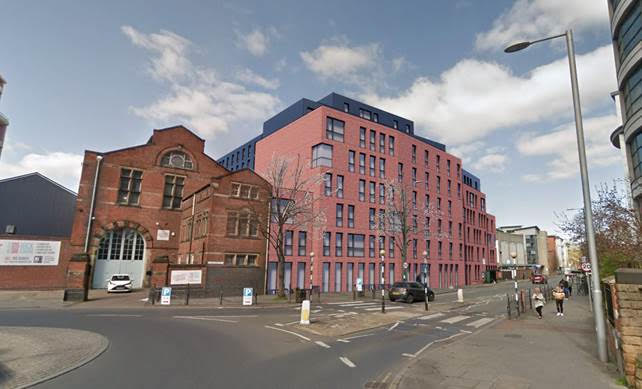 How the scheme was originally planned to look

New documents show that fresh designs mean two floors have been shaved off the height of the building, which will be used for student accommodation. This means that instead of the scheme housing 396 bedrooms, it will now include 357.

The new designs also show the introduction of green roofs.

BSP says it has been “working closely” with Nottingham City Council’s planning department on the redesign of the scheme in response to consultation feedback.