Newly-released photos have shown the changing face of the Broadmarsh area of Nottingham during the latest lockdown.

Work continues at the City Council’s Broadmarsh development, which includes a new bus station and car park and central library.

The structure and glazing are now complete with the finishing touches being added to the cladding of the building, with the fins round the ramps in the car park nearly completed. 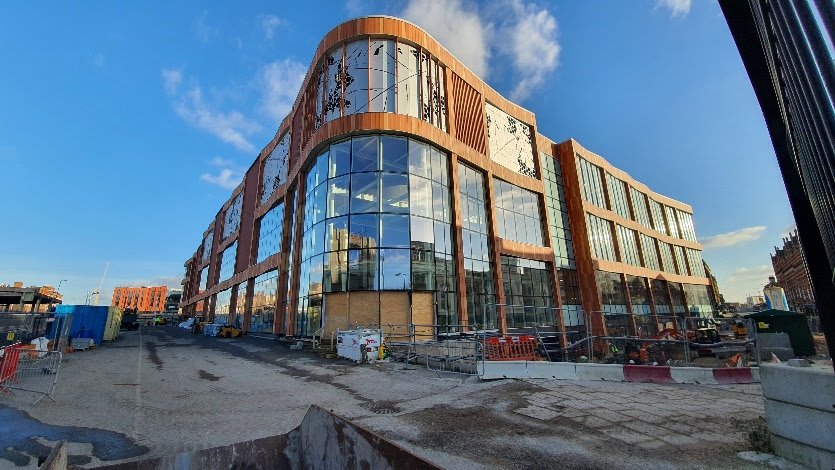 The roof is fitted with a farm of photovoltaic panels, utilising solar energy which will generate thousands of pounds worth of free energy to be used on site to power facilities across the development.

A new parking bay monitoring system has also been installed in the new car park to make parking easier, meaning drivers will look for green lights above bays which will indicate these spaces are available, rather than driving round in hope of finding a space.

Work continues to fit out offices, retail units, shell and core of the new Central Library space and the Bus Station in the coming months, with the Car Park and Bus Station due to open in Autumn 2021.

Additionally, with the Nottingham College City Hub complete in January 2021 and due to open once current Covid restrictions ease, redevelopment of the public realm around the City Hub is making good progress as part of the Transforming Cities fund, with Nottingham and Derby receiving £161 million across a range of projects to improve roads, public transport, cycle connectivity and the city centre, with £20 million of that earmarked for the Broadmarsh area. New paving is being laid in phases on Sussex Street, under the tram viaduct outside the new City Hub which was previously fenced off. 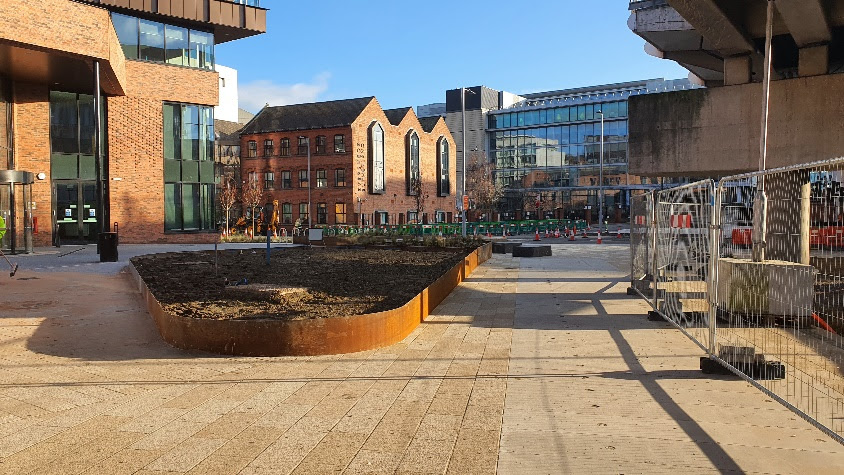 The paving on the ramp that joins Sussex Street and Middle Hill has been dug out with work beginning on connecting the two areas, including steps for an amphitheatre style entrance to Sussex Street from Middle Hill, due to begin later in the year. 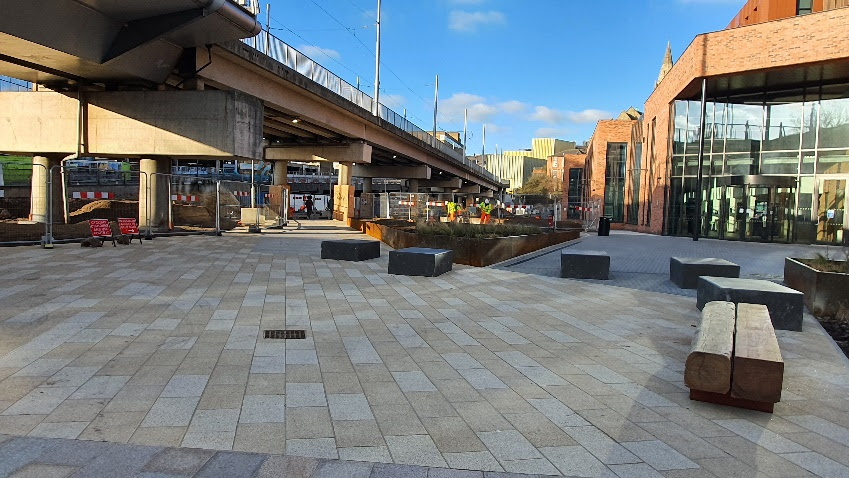 Councillor David Mellen, leader of Nottingham City Council, said: “Our new Broadmarsh development is transformative for the area and will be a real asset to the whole area, complementing the Lace Market and surrounding area and setting a standard for future developments in the city. The new public realm will add a greener city centre space to dwell and relax in as we continue to create a more pleasant and vibrant entrance to Nottingham.

“Ahead of what happens next at the Broadmarsh Centre site, once we’ve analysed the feedback from our Big Conversation, it’s great to see real progress on the work we’re already doing to improve the Broadmarsh area. Once it’s safe to welcome visitors, learners and workers back to Nottingham, I have no doubt they’ll be really impressed with the complete change we’ve made already and the much-improved environment that’s being created for everyone to enjoy.

120 jobs could be created at former Rolls-Royce factory