She will be working across a number of the company’s national clients including The British Red Cross, Ronhill, The Avocado Company, Henry Boot Developments, Buump and new account win, Sortimo UK.

Warrington-based Sortimo is a manufacturer of van racking systems and mobile transport solutions.

Rob Illidge, Social Republic chief executive, said: “Whilst the world is adapting to an ever-changing and unique challenge, our business continues to develop, outperforming forecasted growth, which has resulted in new business and new hires in key areas.

“We’re delighted to welcome Davina into the team who will further enhance our skills profile – bringing a superior mix of social media, digital and communication knowledge.”

Social Republic has developed a client base in the UK, Australia and the US.

The Manchester office of law firm Irwin Mitchell has appointed solicitor, Laura Marsden, to its commercial division as it continues to grow its media and entertainment team.

Specialising in intellectual property, music, entertainment and charity law, Laura is also a ‘guru’ at the Music Venue Trust where she works with a team of other specialists to help music venues overcome commercial issues.

Laura Harper, Manchester-based commercial partner and national head of Irwin Mitchell’s media and entertainment sector team, said: “We are delighted to welcome Laura on board. 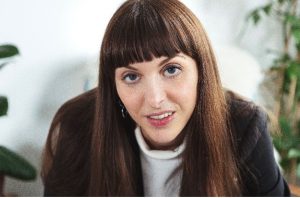 “Irwin Mitchell is continuing to invest in its commercial practice with industry specialists and as part of this drive we’re determined to recruit high-quality lawyers who can provide first class advice and vital support to our clients, always in the context of in-depth industry knowledge.

“Laura has excellent experience and a track record in the sector and is a great addition to the team.”

Earlier this year Irwin Mitchell was shortlisted as a finalist in the UK Law Firm of the Year category at the prestigious Music Week Awards which will be held in September.

David Dare, owner and chairman of luxury furniture and cabinet maker Clive Christian Furniture Co, has announced the appointment of Martin Warbrick as a non-executive director in the role of growth consultant.

Martin is tasked with developing the company’s global commercial strategy through the expansion of its network of international design partners and showrooms.

The firm’s services are delivered through two creative studios based in Manchester and London.

He is one in a series of high-profile appointments, all aimed at forging a strong platform for the brand’s continued growth under the new ownership of David Dare. Christine Saladas was appointed as private client manager in January.

Martin’s appointment sees him make a return to the company following a 16-year absence. 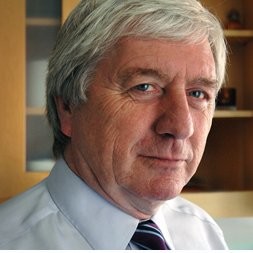 During his tenure as sales and marketing director from 1992 to 2004, Martin played an integral role in establishing the Clive Christian brand internationally, overseeing an expansion strategy that took the brand from one showroom in the UK to more than 40 worldwide.

Since then, Martin has delivered international business growth for a range of luxury furniture companies including Brookmans, Smallbone of Devizes, Mark Wilkinson Furniture and, more recently, Savoir Beds. He brings a wealth of insight and experience within the sector, having started his career at Poggenpohl.

David said: “It gives me immense pleasure to welcome Martin Warbrick back to the company in a dedicated role as growth consultant. The fact that Clive Christian Furniture Co is now a world-renowned furniture brand is testament in part to Martin and his prudent insight into the international market.

“His personal understanding of the business will be critical during these unprecedented times as we push forward with positive plans for the future, stabilising our long-term position in the marketplace.

“I, along with the entire team, look forward to working closely with him as we continue to bring exemplary British furniture making to the international stage.”

The arrival of Martin Beaumont and Nick Woodrow comes as DSW Angels continues to grow its presence in the regional venture capital market. 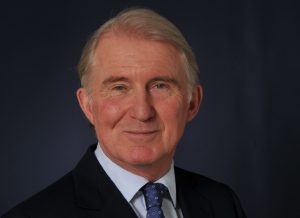 Martin, an investor and non-executive director, is the former chief executive of The Co-operative Group and earlier in his career, a KPMG partner. Since stepping down from the Co-op in 2007 he has held a number of board positions, including nine years as chairman of Chester Race Company.

Nick, a technology entrepreneur and investor, joins DSW Angels having exited CEMAR following its acquisition in 2018 by thinkproject, where he went on to become COO of thinkproject UK.

Both Martin and Nick live in the North West and are firm supporters of regional businesses. 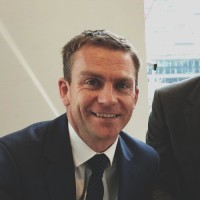 Their appointment comes at a time when angel investment is expected to be a key driver of the survival and success of early-stage companies across the UK.

Keith Benson, founding partner of DSW Angels said: “We are delighted to welcome Martin and Nick to the team. Both individuals hold a unique set of experience and expertise which will be highly valuable in assessing potential investment opportunities.

“Now, more than ever, supporting regional UK entrepreneurial talent and their businesses is crucial in securing jobs and stimulating economic recovery. Providers of capital must all play their part in keeping the lights on in viable early-stage businesses and we are a significant part of the solution.”

DSW Angels invests between £300,000 and £1m into scale-up businesses in the UK and plans to make a handful more investments over the next 12 months.