Business confidence in the North West fell six points during June to -31%, according to the latest Business Barometer from Lloyds Bank Commercial Banking.

But the region performed well in terms of private equity activity and was the only one in the Northern Powerhouse to complete transactions in the second quarter of 2020.

Companies in the North West reported lower confidence in their business prospects month-on-month at -30%, the latest barometer stats show.

When taken alongside their views on the economy overall, this gives a headline confidence reading of -31%.

A quarter (25%) of firms said it would take 12 months until they were back to operating at pre-COVID-19 levels, with 20% expecting it to take up to three months.

The majority of firms continued to see demand fall during June, but the picture did improve month-on-month.

Three quarters (75%) of firms experienced a drop in demand for their products and services, down four points on May.

Meanwhile, 11% experienced an increase in demand, up five points on the month before.

Of the 78% of businesses reporting disruption to their supply chain during June, 32% expected the situation to improve within three months, while only two per cent expected it would take more than 12 months to return to normal levels.

Glenn Bemment, regional director for the North West at Lloyds Bank Commercial Banking, said: “Firms across our region have been hit hard by this crisis and it’s clear that ongoing disruption and uncertainty is still weighing heavily on their outlook.

“However, it’s encouraging that some businesses are beginning to see an uptick in demand for their products and services.

“Optimism should be buoyed, somewhat, in the coming weeks as non-essential retailers restart and the hospitality sector opens back up, alongside further easing of social distancing measures.”

Meanwhile, new figres show that the Northern Powerhouse regions have continued to remain active in the private equity market in the first half of 2020, despite the impacts of the global COVID-19 pandemic.

This is according to data from the Centre for Management Buyout Research (CMBOR) at Imperial College Business School, sponsored by Equistone Partners Europe and Investec Corporate and Investment Banking.

The latest CMBOR report shows that 18 transactions were completed across the North West, North East and Yorkshire in the first six months of the year, worth a total of £1.5bn.

The region closed the gap on the capital in terms of deal volumes, with just 20 transactions completed in London during the same period.

Despite the impacts of lockdown, each of the Northern Powerhouse regions saw as many, or more, deals complete during the first half of 2020 as the same time the previous year.

The six seen by each region was the joint third highest across the UK, behind just London and the South East.

Though the regions saw strong activity, only the North West completed transactions in the second quarter of 2020, the three months after the UK formally entered lockdown on March 23.

Key transactions during the first half of the year include the £800m acquisition of independent insurance intermediary Global Risk Partners by Searchlight Capital Partners, as well as the sale of Vernacare by Palatine Private Equity.

In January, Sun European Partners completed the £181m tertiary buyout of Allied Glass, the Leeds-based company that Equistone exited in 2013 for a 2.5x return.

Sebastien Leusch, investment director at Equistone Partners Europe, said: “While the lockdown period has undoubtedly hit the private equity deals market, we saw strong activity before the onset of the pandemic. 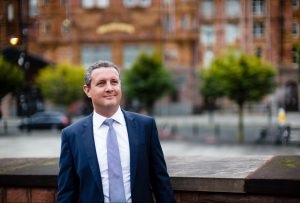 “We are confident that we will see a resurgence in the second half of the year, with private equity continuing to have significant dry powder to invest as businesses look to return to growth.

“It is also particularly pleasing to see the resilience of the Northern regions, keeping pace with their London counterparts, and given the increased localism seen during the lockdown, we expect to see business owners prioritise local partners for deals in the coming months.”

Christian Hess, private equity client group head at Investec, said: “On the one hand, COVID-19 is – and will remain – an inhibitor for any deal maker in the short to medium term.

“On the other hand, the imbalance of supply and demand for Tier 1 assets is even more pronounced now than before.

“As a result, whilst it will take time for M&A volumes to return to previous highs, our prediction for the remainder of this year is to see more structured deals, deal mix shifting away from public-to-privates and secondary leveraged buy-outs in favour of primaries, and an even stronger pre-emptive buyer bid for Tier 1 assets inside or outside of a process.”