Howden, who joined Peaks & Plains as director of place from Balfour Beatty in May 2019, took on the role of interim chief executive in November 2019 to lead the Trust following its self-notification to the Regulator of Social Housing.

In this time he has worked closely with the regulator to develop and implement the Trust’s recovery action plan to rebuild the standards it is better known for, and has successfully completed the first phase of the programme on schedule.

With the support of the Trust’s new leadership team, Mark has also led the Trust through the challenges of COVID-19, with unwavering commitment to prioritise the safety of its residents and staff.

With more than 20 years’ experience in urban regeneration and economic development, both public and private, Mark’s passion for placemaking and communities will continue to be central to his role as chief executive.

He said: “When I joined the Trust in 2019, I couldn’t have predicted the journey that lay ahead.

“Over the last 12 months, we have made transformational changes and overcome many adversities, and I believe we are a stronger organisation as a result. One which I am honoured to have been appointed to lead forward as chief executive.

“Looking ahead, my focus is to continue to build a robust, well-managed Trust that will uphold its social purpose above all else – addressing the local housing need and ensuring resident welfare is paramount.”

Jane McCall, chair of Peaks & Plains Housing Trust, said: “Mark’s experience and passion for improving communities made him a very strong candidate.
“Myself and the board have also been really impressed with his purposeful focus on both residents and our workforce. A clear sign that he’s the right person to lead the organisation forward to address immediate priorities and steer the Trust’s long-term strategy.”

Auto Marine Cables, the Manchester-based supplier of low voltage cables to the automotive and marine sectors, has made three senior appointments as part of its growth plans.

The company, which is backed by PHD Equity Partners, has appointed Zeb Shahin as managing director. Zeb will replace Peter Hammond, whose father founded the business and who now becomes chairman.

Zeb has more than 30 years’ experience in the industry and has held senior roles at RS Components, Lapp Logistics and Omega Engineering, having started his career at BAE Systems. He has extensive experience working in the Far East and Eastern Europe.

Meanwhile, Amy Bryant has joined as finance director. She has 19 years’ experience, having trained as an accountant at KPMG and held senior finance roles at Akzo Nobel, Findel Group and JLA. 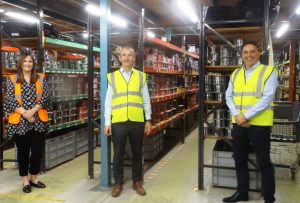 Her most recent position was FD at ATG UV Technology, where she helped the business through to a trade sale.

The company, which has continued to trade during the lockdown, now employs 80 staff and manufactures almost all its own cables on site. These appointments are part of its growth strategy following the investment by PHD Equity Partners last year.

Peter Hammond, who remains a major shareholder in the business, said: “It’s an exciting time for the business and I’m look forward to working with both Zeb and Amy to achieve our longer-term growth plans.”

Craig Richardson, of PHD Equity Partners, said the appointments were in line with PHD’s policy of investing in high-calibre management: “We are delighted to welcome the new management team on board,” he said.

“All of them are highly-experienced professionals with an impressive track record in the industry. Auto Marine Cables is a sound business with potential to expand in the UK and Europe and these new appointments mean it is now ideally placed to pursue the growth opportunities.”

AO Business has announced a new lead for its housebuilder team.

John Farnham, previously national account manager for the B2B division of Bolton-based AO.com, has been promoted to the leading position, after a successful first year for AO Business in the competitive housebuilders market.

After recently growing the housebuilder team, AO Business is transforming the way appliances are purchased for new housing developments.

Remaining open for business during the crisis, it is now the supplier of choice for many housebuilders. Being part of a large retail group with its own logistics network has meant it can continue to deliver to business customers and offer a next day delivery and installation proposition. 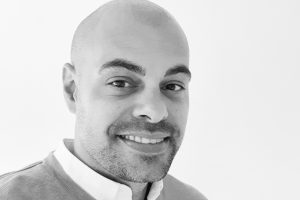 He said: “I’m excited by the opportunity to really make my own mark on the sector and to drive through some positive changes in the way appliances are delivered and installed on site.

“AO have a unique vision for the housebuilder industry, and they have made fantastic progress by offering business clients a powerful alternative. I’m determined to make AO Business the best appliance distributor on offer.”

Anthony Sant, managing director of AO Business, said: “We’re excited for John to start leading our Housebuilder team here at AO Business. Housebuilders are really waking up to the benefits of our proposition to the industry, and with John at the helm, we can continue to move full steam ahead during these unprecedented times.”

My Clever Group (MCG), the company behind HR-tech company DBLX, has announced an evolution of its board which sees Nicky Hoyland step up to become CEO and Gareth Mobley to executive chairman.

There is also more investment in people after appointing Chris Chapman as chief operating officer, all to help accelerate its commercial strategy ahead of multimillion-pound growth plans for 2021.

Since co-founding DBLX Nicky Hoyland, who will work at the firm’s Didsbury and Stoke operations, has been instrumental in driving the business.

Gareth Mobley said: “Nicky is the expert and driving force in what we do. She is the face of MCG and DBLX, and knows the workings of our
business inside out.

“As a true leader, Nicky is driving positive change across the HR tech industry, providing practical advice and solutions for many businesses as well as our own. Nicky’s work ethic and enthusiasm is infectious and we are excited for the future as Nicky takes this natural step and continues to lead our growing team at MCG.

Chris Chapman worked alongside Gareth at North Edge-backed, DW3 Products Group, where, as part of a team, they strategically grew DW3 through a combination of rapid organic growth and acquisition, enabled by an investment in people and technology. 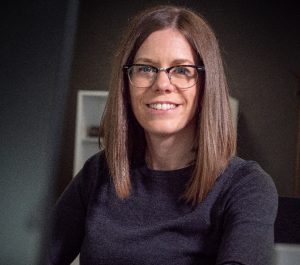 Chris spent 12 years with accountancy firm KPMG prior to joining Gareth at DW3 and has helped a number of businesses in the past 18 months since leaving DW3 through his consultancy business, with work including acquisition and integration support, process improvements and strategic advice.

He said; “People are the heart of any organisation and throughout my career I have always tried to support those I work with to learn and develop. The culture at MCG and DBLX to put people at the centre of everything they do ties into my own values and the team’s ambition to really make a difference was something that inspired me to join them on this exciting journey.”

Nicky said: “Chris has a proven track record of success, and is a perfect fit for our organisation. He cares about the little things as much as the bigger picture. He will be a huge asset to add to our highly-talented team at MCG.”

Gareth added: “Chris and I had a great working relationship at DW3 and I am really pleased that he’s joining us at MCG. Chris will add a lot of value to our organisation, he has a unique style, and all of our people will enjoy working with him.”

Chris joins DBLX at the start of August, at an exciting time for the business which has seen significant growth over the past year with a seven figure investment in additional headcount, cap-ex and R&D.