A fire broke out at Blackpool’s Central Pier overnight, the latest blow to the town’s beleaguered tourism economy.

10 fire engines and 50 firefighters worked to battle the blaze, which was reported just after 3am this morning. Roads nearby were still closed at 7am as the fire service continued their work at the scene.

Incident Commander Mark Winder said: “The fire involved a workshop and a ride that are approximately halfway along the central pier.”

After nearly three hours at the scene, he said: “Fortunately early firefighter action has extinguished the fire to the extent there is no visible flame.”

Reports have suggested it is the waltzer ride that has been damaged. 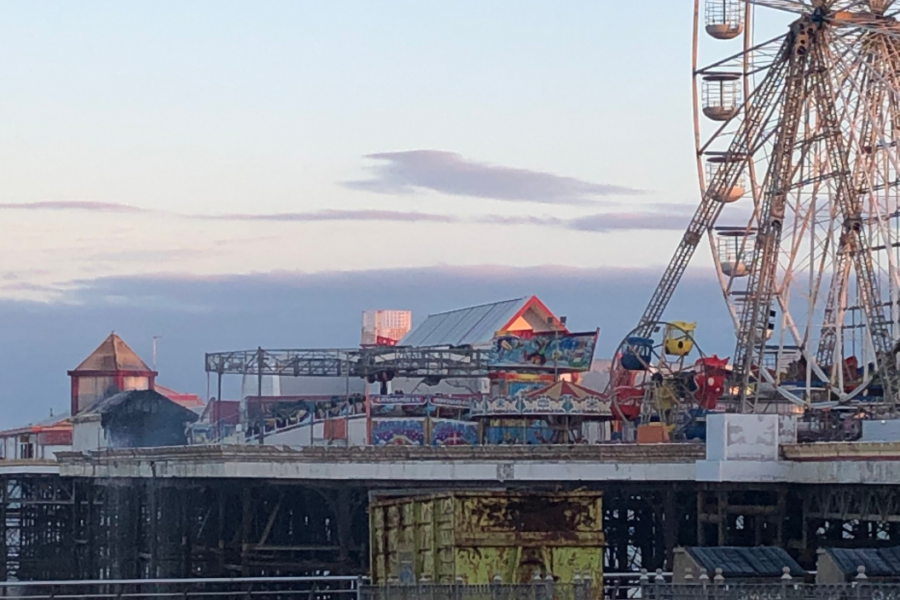 It is the latest blow for the seaside resort, which has seen lockdown significantly shorten its busy season.

Earlier this week Blackpool Council revealed that eight companies it owns faced losses of up to £18m from the impact of coronavirus and would take five years for the companies to recover.