Manchester digital agency Corporation Pop has forged ahead with its recruitment plans, expanding its team by three new members.

Stuart Palmer, who has a background in robotics in both the defence and broadcast industries joins the team as a software engineer. Dom Corroboy takes up the role as QA engineer and Peter Greenhalgh replaces Kirsty Hollis as a unity developer as she takes up the reins as the company’s scrum master.

Creative director, Dan Taylor, said: “These guys join us at a pivotal moment in Corporation Pop’s development and bring with them a wealth of experience.

“This year sees us working with a range of exciting clients, some old and some new, including major British universities, the NHS, and an international environmental education organisation, whilst we continue to support our existing customers as they ride out the storm caused by the pandemic.

“Stuart, Dom and Peter have already settled into the team and will play important roles in Corporation Pop’s journey, helping us go from strength to strength.”

The North West region of Ridge and Partners has made two senior appointments as the market ‘holds its own’ and clients consolidate spend within their supply chains.

Paul Boyle has joined the multidiscipline property consultancy as a partner to lead its cost management division in its work advising on major development and infrastructure projects. He spent many years with consultancy Gleeds and has extensive commercial and public sector experience.

Matthew Stringer has been appointed an associate in the property consultancy division, having joined from Deloitte. He will focus on programme and project management, working on major schemes including the Building Safety Fund programme with the Ministry of Housing, Communities and Local Government and high rise stock viability reviews. 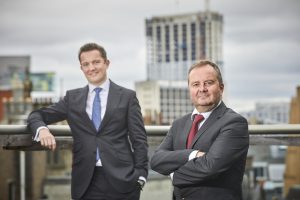 Welcoming the appointments Jason Howard, North West managing partner for Ridge, said: “The market is holding its own but adjusting to new circumstances.

“We’re seeing our clients consolidate their supply chains and, as a major multidiscipline consultancy, we are benefiting from that. Paul and Matthew’s appointments give us additional strength in depth and I’m delighted to welcome them both aboard.”

Founded in Oxford in 1946, Ridge will celebrate its 75th anniversary in 2021. The North West region has more than 90 staff in offices at Exchange Flags, Liverpool and Booth Street, Manchester.

The Chorley-based division of the national housebuilder has brought in Mark Dawson in the role of technical director and James Whiteley as commercial director as it looks to expand its Lancashire portfolio of sites in the year ahead.

Mark, 51, brings 20 years’ experience in housebuilding to his role, having spent the past 15 as technical director at Taylor Wimpey Manchester. Earlier in his career he ran a subcontracting business having followed in his father’s footsteps to become a qualified civil engineer. 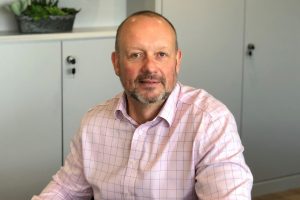 He now manages an 11-strong technical team at Redrow. He said: “Our team’s function is largely to support the land, commercial and construction teams, through collaboration and teamwork. Once land is acquired we will design and engineer the site to ensure we deliver new developments for construction in a timely manner. As a business we are looking to secure some key new sites in the near future.”

James Whiteley, 47, from Huddersfield, spent the first 12 years of his career working for various UK housebuilders, initially as a quantity surveyor before heading up various commercial departments. 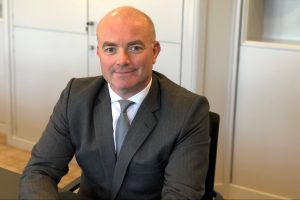 Twelve years ago he relocated to the Middle East to lead the commercial team of a large contractor building residential schemes. Prior to joining Redrow he was seconded to work for the Dubai Government, while working for an American consultancy, to support the delivery of a £470m residential development scheme which formed part of the larger Expo 2020 Dubai project.

James, who has a degree in construction management and a masters in construction law, is a Chartered Member of the Royal Institution of Chartered Surveyors (MRICS). Like Mark, he is keen to encourage personal development among his new team.

He said: “I’m looking forward to heading up the commercial team, supporting colleagues and creating a working environment that encourages personal satisfaction and development.

“I’ll also be working to ensure our team fully supports the changing demands of the region. Our focus will be to manage regional build costs and provide budget certainty in a changing market.”

Claire Jarvis, managing director for Redrow (Lancashire), said: “Mark and James bring a wealth of experience to the company and a real depth of knowledge in their specialist fields. We’re delighted they have chosen to join Redrow Lancashire as we look ahead to an exciting future, with a focus firmly on acquiring new land for development.”

Manchester marketing agency, Luma Marketing, has expanded its client offering with the appointment of Adele Burns as PR Lead.

Adele joins Luma’s six-strong team of marketing, branding and design experts to establish and deliver PR strategies for clients including Placemarque, Medlock FRB, Women into Construction, Commtech Asia and some new brands yet to be announced.

With a wealth of PR experience spanning 20 years, Adele held PR manager roles at the Co-op’s retail business for six years, undertaking strategic proactive communications, including Co-op’s decision to stop selling lads’ mags and the roll out of its extensive rebranding programme. Adele also worked on issue-based, reactive and crisis PR, including the horsemeat scandal.

She said: “Luma has an eclectic mix of pioneering, refreshing and genuinely fascinating clients, and I’m really looking forward to working with them to leverage further their passions, successes and future plans.” 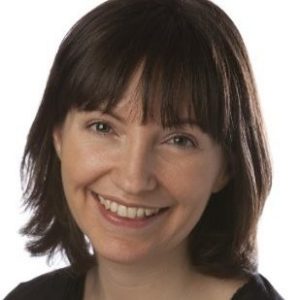 Before moving to Co-op, Adele worked in the PR team at Kellogg’s and, before that, was assistant head of PR at Greater Manchester Police. Prior to this, Adele spent six years at one of Manchester’s most established PR agencies, SKV Communications, working on insurance broker Swinton, Cirque du Soleil and a host of property clients.

Lucy Lomas, founding director of Luma, said: “Media relations are more important now than ever in looking after the public face of our clients. We are just as careful in choosing our team members as we are in taking on great clients and doing good work, and Adele marks a step change in the evolution of Luma and its growing service offer as we begin our sixth year in business.”

Nineteen apprentices have embarked on a three-year journey to become Electricity North West’s engineers of the future.

The new recruits joined the region’s power network operator last month and will now be in training until 2023.

As well as being based at Stockport-based Electricity North West’s state-of-the-art training academy, the apprentices will also join one of the firm’s many depots situated throughout the North West.

This year’s apprentices were chosen out of more than 1,000 applications and will learn to become design engineers, operational delivery engineers and project engineers, as well as quantity surveyors.

Electricity North West has remained committed to hiring apprentices despite the coronavirus pandemic. 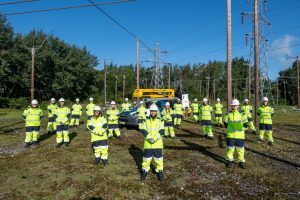 The new intake of apprentices

Chief executive, Peter Emery, said: “Despite the impacts of the pandemic, it’s important we continue to invest in our workforce of the future for the long term.

“Applications for our scheme are continuing to rise year-on-year and there’s no better time to join Electricity North West.

“The future is an exciting one, the pace of change in our industry is extraordinary and our workforce will help play a major role in helping the North West hit its net zero targets as we all use more low carbon electricity in the future.”

Last year, Electricity North West’s apprenticeship programme scooped the award for ‘Best Learning and Development Initiative’ at the People in Power Awards, organised by the National Skills Academy for Power.

Since the scheme launched, in 2007, more than 200 apprentices have been trained and developed.