Boohoo has launched an investigation into claims that workers in its supply chain were being paid 29p per hour.

It said the latest allegations, revealed by the Guardian and supported by video evidence, “are extremely concerning”.

The Sunday Times revealed problems in Boohoo’s UK supply chain earlier this year. The company launched an independent review which led to its Agenda for Change programme, which is designed to deliver meaningful change to the group’s supply chain and its business practices.

The fresh claims are focused on its supply chain in Pakistan and allege that some workers are being paid up to 40% below the £81 minimum monthly wage for unskilled labourers. It also highlighted potential safety issues in the factory.

Boohoo has suspended supplier Preston-based JD Fashion – which is unconnected to JD Sports – and a factory, AH Fashion, from its supply chain. 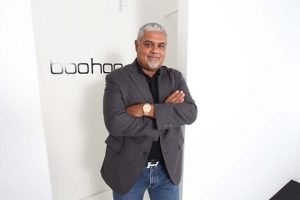 These allegations come just one month after Leicester West MP Liz Kendall called on Boohoo’s executive chairman Mahmud Kamani and chief executive John Lyttle to step down, after she dubbed the firm’s Leicester supply chain as “one of the worst environmental, social and corporate governance scandals in modern UK history”.

Boohoo’s own review had highlighted issues with unauthorised subcontracting in its UK supply chain and it said it “took immediate action by deploying additional third party auditing resource both in the UK and overseas to map and audit our supply chain”.

Boohoo appointed Sir Brian Leveson to provide independent oversight of the group’s Agenda for Change programme last month, and a key part of his role is “to strengthen oversight” in Boohoo’s global supply chain, with a particular focus on undeclared subcontracting.

The fashion giant has instructed independent compliance and auditing firm Bureau Veritas to investigate the allegations in Faisalabad, Pakistan.

A Boohoo spokesperson said: “As part of our international compliance programme, AH Fashions received a SMETA audit in November 2020, where no issues of this nature were found, so these allegations are extremely concerning.

“As we have previously stated, we will not tolerate any instance of mistreatment or underpayment of garment workers. Our early investigations have revealed that AH Fashions was not a declared supplier by JD Fashions and that Madina Gloves has not produced any orders for boohoo since July 2019.

“We have suspended any further dealings with JD Fashions due to this breach of our code of conduct, pending further investigation by Bureau Veritas. Any supplier who does not treat their workers with the respect they deserve has no place in the boohoo supply chain.”

The allegations in the summer appeared to have no effect on consumer behaviour. Sales in the six months to August were up by more than £250m to £817m. Pre-tax profits increased slightly faster, up 51% to £68m.

Investors had also been reassured by the company’s response. Boohoo’s share price had fallen 40% in a week in July but had recovered its losses within three months.

The publication of the Guardian’s revelations was followed by a small dip in the share price late yesterday afternoon that had mostly been closed up within an hour. Last night’s closing share price of 312p values the group at nearly £4bn.

In September an independent review into Boohoo’s manufacturing supply chain found the company’s business model “is not founded on exploiting workers”.

The online retail giant had been put in the spotlight by a Sunday Times investigation published in July which alleged poor pay and conditions at a factory making Nasty Gal products. 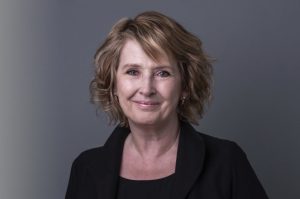 At the time Boohoo said it was “shocked and appalled” by the allegations and responded with an action plan that included an independent review of its UK supply chain, led by Alison Levitt QC.

Her report “identified many failings in the Leicester supply chain and recommended improvements to boohoo’s related corporate governance, compliance and monitoring processes”.

The report’s recommendations covered a range of issues, from corporate governance to purchasing practices and workers’ rights.

It is developing a new set of purchasing principles, which will be supported by a bonus structure, and plans to bring in an electronic audit programme within the next year.

Financial boost puts the ‘fun’ back into international...