A cross-party group of 40 MPs has warned the night time economy is at risk of “extinction” without further Government support.

The sector has been among the worst affected by the pandemic and is expected to be one of the last to re-open, and even longer to get back to the levels it operated at previously.

He said: “Our world-leading night clubs, pubs, bars, and live music venues are cornerstones of our communities. They drive so much economic activity both locally and nationally, and bring hope, joy and entertainment to millions across the UK.

“Our findings today reveal this industry is on its knees, in desperate need of additional support from the Government and a concrete plan for reopening.

The newly-formed All Party Parliamentary Group (APPG) for the Night Time Economy has published its report, Covid-19 and UK Nightlife, which is based on the responses from more than 20,000 business owners, staff, freelancers and consumers.

It also received submissions from Government departments and local authorities, including the Greater Manchester Combined Authority.

The MPs have called for the Government to bring forward a sector-specific grant package and a detailed roadmap for reopening the sector.

They also want to see extensions to the furlough scheme, and VAT and business rates relief, a Government-backed insurance scheme for commercial rent arrears, and the appointment of a UK Government Night Time Economy advisor. 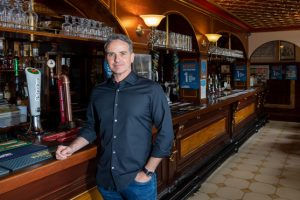 Greater Manchester’s night time economy adviser Sacha Lord said: “In addition to the financial support highlighted in the APPG report, we need an urgent reappraisal of opening dates if the latest leaks are true.

“I cannot see any reason why hospitality cannot reopen at the same time as non-essential retail.

“There are no statistics that show hospitality is a significant source of coronavirus transmission. The lack of clarity and evidence for these restrictions only serves to frustrate operators and the public, and will not only continue to cause job losses on a colossal scale but will inevitably lead to a higher rate of unsafe, indoor domestic mixing.”