Lancashire chosen as base for National Cyber Force

Samlesbury, in Lancashire, will be the base of the UK’s cyber-attack agency, known as the National Cyber Force (NCF).

Prime Minister, Boris Johnson, announced in March this year that the North West would be home to the new agency which aims to create a ‘cyber corridor’ across the North of England to create and “sustain” thousands of jobs in defence and intelligence services.

Now, the Government has confirmed that it will be located in Lancashire, close to BAE’s warplane factory

Created in April 2020, the NCF includes officials from MI6, cyber-spy agency GCHQ and the military under a unified command for the first time.

It will receive more than £5bn of investment before 2030.

Home to “thousands of hackers and analysts”, according to a Conservative Party spokeswoman, it will also create hundreds of support jobs in business and legal affairs.

Its role will be to support British Armed Forces in combat, by potentially hacking into enemy air defences, for example, or disrupting a suspect’s mobile phone or a cyber-crime group’s computer servers to prevent a threat. In 2017, the WannaCry attack took down parts of the NHS and other organisations by scrambling their data.

Liz Truss said: “The National Cyber Force will help confront aggressive behaviour from malign actors, and demonstrate that Britain is investing in next-generation defence capability to protect our people and help our friends counter cyber threats.

“It sends a powerful message to our allies and adversaries alike.”

Defence Secretary Ben Wallace, who is also Conservative MP for Wyre and Preston North, said: “I am hugely proud and enthusiastic to see this happen – not only will it provide a catalyst for investment, but also see our levelling up agenda bring economic stimulus and tangible benefits to this region.”

In 2019, the GCHQ intelligence agency opened a hub in the centre of Manchester which operates in tandem with its main base in Cheltenham and offices in Cornwall and Scarborough.

The partners who have worked to secure Samlesbury as the preferred location for the National Cyber Force, have hailed this as a “once in a generation opportunity” for Lancashire.

The vision of the partnership, which comprises a powerful collaboration between Lancashire County Council, the Lancashire Enterprise Partnership (LEP), Lancaster University, the University of Central Lancashire (UCLan) and BAE Systems, is to become the most data-aware and data-mature economy in the UK.

The partnership’s vision is to establish Lancashire as an undisputed national leader for cyber and security-related capabilities playing its part in national security. This project brings unparalleled opportunities to generate positive economic and societal impacts for the region.

Lancashire County Council’s leader, Cllr Phillippa Williamson, said: “This is a real vote of confidence in Lancashire which builds on our strengths as a market leader in tech and aerospace. This will not only create high skilled jobs and significant investment opportunities, but will also establish the county as a global centre of excellence for cyber security.”

Debbie Francis, chair of the Lancashire Enterprise Partnership, said: ”To identify Lancashire as the preferred location for the National Cyber Force is testament to the exemplary capabilities and assets we have in the county, and we are delighted these have been recognised at the highest level. This investment will be a real game changer for Lancashire and will position us as one which has a thriving cyber and security innovation ecosystem on the global stage.” 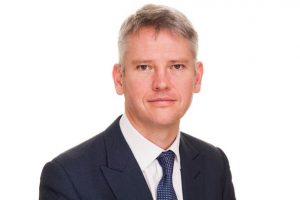 Charles Woodburn, chief executive of BAE Systems, said: “The decision to base the National Cyber Force in Samlesbury is a real boost to the region, bringing in advanced capabilities and high level digital skills. We’re excited to be working with our long standing partners in Lancashire sharing our networks with schools, academia, research organisations and supply chains to support the Government’s ambitions to grow its cyber expertise in the region.”

Lancaster University’s vice-chancellor, Prof Andy Schofield, said: “From online child exploitation and fraud to national security and defence, cyber security is essential to a safe society and our interdisciplinary research teams have already established a globally-leading presence in this vital field. Lancaster is one of an elite group of only three UK universities to be triple accredited by the National Cyber Security Centre and the only one in the North to be recognised for excellence in cyber research and education across the board.”

University of Central Lancashire’s vice-chancellor, Prof Graham Baldwin, said: “This is a fantastic opportunity for the region, and I am delighted we are able to bring our academic talent to this collaboration and to provide opportunities for our students that will hopefully lead to successful future careers within Lancashire.”