Home / North West / Industry 4.0 / Innovation ‘can be the catalyst for change’ for Greater Manchester

Innovation ‘can be the catalyst for change’ for Greater Manchester

An innovation deal will “take levelling up from being a political slogan to the delivery phase” said Greater Manchester Mayor Andy Burnham, as he continued to press the case for a £1bn-plus funding deal for the city region.

The Labour Mayor is taking the opportunity of Manchester hosting the Conservative Party conference this week to advance his levlling-up ambitions and to rebuild a relationship with Government that was bruised during Covid-19 lockdowns last year.

Levelling-up debates have mostly been dominated by either semantics or transport infrastructure. The newly-appointed Secretary of State of the Department for Levelling Up, Housing and Communities, Michael Gove, gave a very brief summary of what levelling-up means to him when he addressed the conference on Monday afternoon.

He said: “Levelling up means four things we want to strengthen local leadership – great mayors like Andy Street driving real change. We also want to raise living standards, especially where they are lower.

“We want to improve public services, especially where they’re weaker, and we also want to give people the resources necessary to enhance a sense of pride in the place where they live.”

Burnham, who recently met with Gove as part of a meeting of regional mayors and has his own meeting planned this week, is looking for the levelling-up agenda to deliver long-lasting change across Greater Manchester.

“Can we get to a position here where the drive to decarbonisation actually creates a more equal society?”, he asked, while addressing a conference fringe event on innovation.

Burnham said: “The rationale of the levelling up deal is to bring all of the threads together. These three things – the drive to net zero, the need to level up and the need to innovate – are all interlinked.”

Decarbonising the transport system as part of his integrated transport plan and creating thousands of jobs through retrofitting homes are two examples of how different elements of the levelling-up agenda can be achieved at the same time.

“All of it will need to be driven by a strong innovation ethos, which has been in this city for decades, centuries even,” he said. “It now needs to be at the forefront of everything that we’re doing because it will be the catalyst for the change that we want to see.” 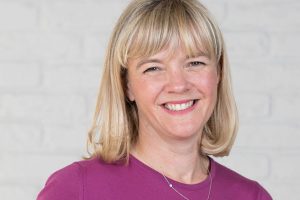 Jessica Bowles, who joined property group Bruntwood as director of strategy five years ago after a 20-year career in national and local government, has been working with Innovation GM for the last nine months to help accelerate the impact of the city region’s vision.

“Innovation isn’t just a thing that happens in labs, it’s a thing that generates jobs and growth,” she said, as she voiced her approval for place-based innovation deals.

“We want to work with government to say what is that partnership that we can create between the public sector and private sector, to really make the most of the innovation that is available and is going to come our way,” said Bowles.

“Those things, those points of intersection are where really interesting things start happening. There needs to be investment in excellence in those areas, but investment needs to land in an ecosystem that’s fertile.”