Blok UK, the niche property development company owned and run by Jonathan Beeson, has sold the former Pochin’s headquarters site on Brooks Lane in Middlewich, Cheshire, to fund AEW UK in a deal worth £.6.645m reflecting a net initial yield (NIY) of six per cent.

Legat Owen acquired the site from Pochin’s receivers for £3.25m during the early stages of the first COVID lockdown in 2020.

Legat Owen and Blok reconfigured the CCP lease and extended its site to 3.25 acres to assist CCP with its need for on-site growth due to rising demand for concrete blocks.

The balance of 4.94 acres was let to CLD Fencing Systems on a 10-year lease to create a new headquarters and logistics hub to also support their continued expansion.

Post completion of the lettings and various landlords works required to facilitate the new leases for CCP and CLD, Legat Owen and M1 were instructed to market the site for disposal in the investment market.

Jonathan Beeson, director of Blok UK, said: “The acquisition of the site was complicated, not least due to the COVID pandemic taking hold during the course of early negotiations, and the subsequent uncertainty this threw up.

“However we were lucky enough to complete the two new lettings quickly and amicably. Since then we have undertaken some demolition and refurbishment works to the site to make it suitable for sale.”

Matt Pochin, director of Legat Owen, which represented Blok UK alongside M1 Agency, said “The whole transaction has been extremely smooth considering the complications of acquiring a site of this nature from the administrators. 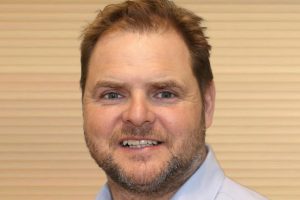 “After a brief marketing campaign AEW were identified as the favoured purchaser and contracts were completed for the disposal earlier this month.”

He added: “AEW paid the asking price for the site which demonstrates the strength of the asset.

“All parties, namely Paul Blanchard of CCP, Neville Wells of CLD Fencing Systems and Ed Spooner of M1, have worked proactively and collaboratively to see the site exchange into the hands of the new owner.”

AEW UK was advised by Cushman and Wakefield.

Building firm Pochin’s owed sub-contractors almost £9m when it sank into administration in August 2019, with the loss of 120 jobs.