Last night saw the return of Lord Sugar’s The Apprentice for its 16th season. The competition where one budding entrepreneur receives a £250,000 investment into their nascent business and a 50/50 partnership with Lord Sugar.

The first task: to create a marketing campaign for a new cruise line in two days and pitch it to market experts. Set on the plush new Virgin Voyages’ cruise ship, the Scarlet Lady, the teams made the task anything but smooth sailing. 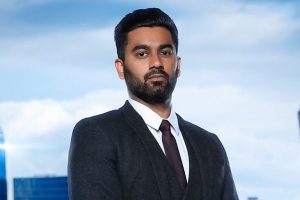 For the boys’ team, self-proclaimed AK47 Akshay Thakrar from London, was project manager, because he’s a killer salesperson apparently, but did everything but prove otherwise. 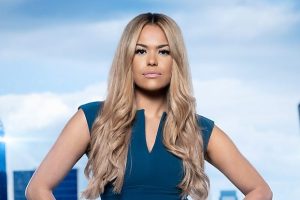 For the girls, the project manager was Kathryn from Swindon, the owner of an online pyjama store, who had one question on everyone’s mind – what is ‘Bouji’?

Akshay’s aide-de-camp Akeem Bundu-Kamara also from London, helped to crash into the iceberg, creating a “turd”-looking logo for ‘Never-Ending Nautical cruise line’. The boys had the intention of wellbeing and luxury cruise line, which actually resulted in a PVI (a public vomiting incident) description by someone on board. 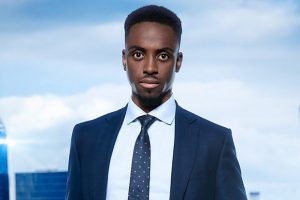 The star of the show, however, West Midlander Harry Mahmood was a chaotic force. He described himself as the “Asian version of Lord Sugar” with aims for them to become “the bad boys of the bath bomb world together” by working on his bath bomb business. 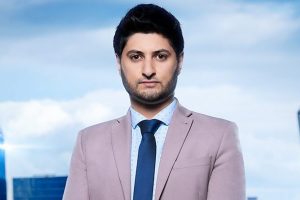 His fizzy bath bomb nature however, was put out with a big splash of Lord Sugar’s reality.

Forcing his dreadful ideas with his disruptive energy, Harry was the first victim to leave the competition.

Without Harry’s behaviour, Akeem would have certainly been given the boot for creating a mess of a logo with no name of the brand present. 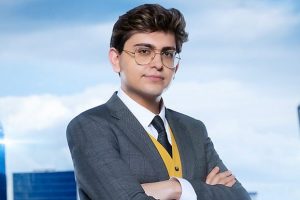 Nicki Minja superfan and anti-vax pharmacist (I know, right?) Navid explained the odd colour of the logo as: “So you know trees? It’s brown, and then it’s green because of the leaves, and when it comes to healthy living and lifestyle, it’s all to do with greenery.” Wise words.

The girls, led by Captain Kathryn, were frustrated with her lack of democracy, giving ‘look at me I am the captain now’ vibes from the 2013 movie Captain Phillips, in which an American cargo ship is hijacked by Somali pirates.

With the intention of creating a cruise line for friends with a target market of 25-45 years of age called ‘Bouji Crusies’, 41-year-old contestant Shama from Bradford still does not understand what Bouji is, revealing what a catastrophic job Kathryn did. 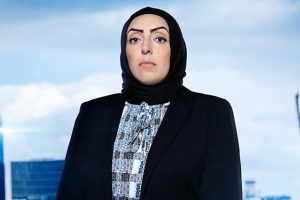 The bouji logo was not bouji whatsoever, but boring – yes.

The blueness of the girls logo was thanks to 28-year-old online children’s store owner Stephanie, who explained why she thinks the logo should be coloured blue “because it’s a colour associated with the sea.” Thank goodness for Stephanie. 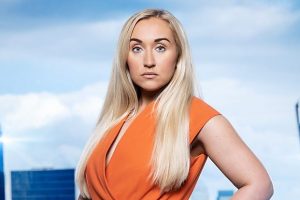 Stephen Speilberg wannabe American Amy, 48, clashed with hospitality manager Brittany, 25 from Bristol over their TV advert ideas but the effort resulted in what I would argue was a marginal win for the girls, thanks to the boys’ “turd” logo.

The Apprentice will be on every Thursday at 9pm on BBC One and BBC iplayer. 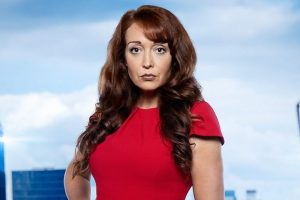