Developer hits back at refusal call over £100m waterfront scheme

The developer behind a £100m waterfront residential scheme slated for refusal by Liverpool City Council has hit back at the recommendation by city planning officers.

Romal Capital says it is prepared to submit its proposal to an inquiry by the Planning Inspectorate if its application fails at next Tuesday’s planning committee meeting.

The developer wants to create 330 new apartments within Liverpool Waters after unveiling its plans in February last year.

Liverpool planning officers have recommended that the planning committee rejects the application, despite Romal pledging almost £1m in Section 106 payments to revitalise the surrounding area.

In response, Romal Capital chief executive, Greg Malouf, said: “We are obviously incredibly disappointed at the decision to recommend refusal on this application. 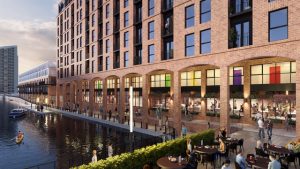 “We are particularly disturbed given the three years of intense engagement with Liverpool City Council regarding this development, the significant adjustments we have made to our proposals, and the subsequent assurances we have been given during this long and very costly process.”

He said his firm is proposing £100 million of private investment to transform “a patch of barren brownfield land and derelict dock into a thriving new, diverse, and sustainable neighbourhood”.

Mr Malouf said Romal wants to deliver new homes at a time of acute pressures in the housing sector.

“We must also not forget the communities that surround the site in question – some of the less well off and most deprived wards in the United Kingdom.

“In the development phase this project would create over 200 jobs, and we always work with our contractors to maximise local employment. In the long term the amenities, retail, leisure, and other services that form part of our proposal, will provide long term sustainable employment for many local people. We believe Liverpool City Council should be supporting the regeneration of its northern waterfront, working with reputable developers like Romal to move projects forward and prioritise brownfield sites.” 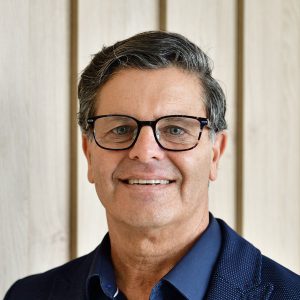 Last February the council unanimously approved Everton FC’s bid to build a new £505m stadium within Liverpool Waters, which involved the infilling of Bramley-Moore Dock, despite objections from heritage groups.

Mr Malouf said: “When Everton’s new stadium opens to the public in three to four years’ time, what do we want visitors to see? A flourishing, mixed, sustainable world class waterfront, with new homes, new parks, green spaces, and public realm for everyone to enjoy – or undeveloped barren brownfield land?

“In December 2021, we appealed based on grounds of non-determination due to Liverpool City Council Planning Officer’s inability to reach a decision. The application will go to committee this month where a refusal there will mean the technical merits of the proposals will be decided by the Planning Inspectorate.”

He added: “We believe in this city, and despite this setback, will continue to invest and support Liverpool’s growth. We firmly believe Liverpool rightly deserves to sit alongside the UK’s other great cities, and that this is only possible with the right investment and belief in it.”