She took on Lincoln-based firm Battle, Hayward & Bower, trading as Battles, a multimillion-pound manufacturer and distributor of equestrian products, in a ‘David and Goliath’ case where she was able to convince the court that Battles had infringed the ‘Mercury mark’ that has been endorsed by World and Olympic champion, Charlotte Dujardin.

Equisafety creates exclusive, performance high visibility designs, and works closely with manufacturers, selling through its own website, shows and traders.

It works to promote the safety of horses and their riders, although many designs don’t look like safety items, but more like high fashion wear.

Equisafety is famous for the POLITE range, worn by thousands of riders.

In 2015, Equisafety began promoting and selling its new Mercury range, starting with the ‘Mercury Jacket’ and later expanding the range to include leg boots and rugs.

In 2019, the firm became aware that Battles, a competitor, was using the name ‘mercury’ to market identical goods to its customers. Equisafety sent a cease and desist letter.

In response, Battles increased its product range leaving Equisafety with no alternative, it said, but to take legal action to protect its intellectual property rights.

Following a trial in the High Court in October 2021, a judgment was handed down that Battles’ activities did constitute passing off and that it had infringed Equisafety’s Mercury trademark.

Nicky Fletcher said: “We spent a lot of time and money developing and researching the Mercury range and we weren’t going to stand by and watch a larger competitor benefit from our ideas unchallenged.

“I am a passionate believer in the value of design, and this is a lesson to all small businesses like us to protect themselves. It has been a stressful time for all in the business but now we have won we plan to push forward by investing in expanding the team and developing more innovative products.” 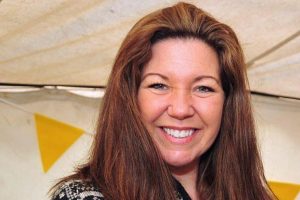 Claire McDonnell, senior associate in the litigation team at North West law firm Bermans, who acted for Nicky, said: “This is a fantastic result for Equisafety and sends out an important message to other SMEs to not be afraid to take on larger companies who are riding on the coat tails of a trademark you have spent time and money promoting.

“Intellectual property rights are valuable assets of your business, and it is important that you take steps to protect them. You can do this by registering your rights and ensuring that anyone infringeing those rights is stopped as soon as possible.”

Equisafety was founded in 2001. The company started in Nicky’s spare bedroom and grew into one of the largest equine high viz specialists.

She was head designer for a multimillion-pound workwear clothing company and noticed a gap in the technical performance of equestrian high viz sportswear and used her MA qualifications in design to produce bespoke ranges.

The company designs and makes clothing and accessories for the equestrian, cycling, motorbike and canine markets and has ambitious plans to develop new brands in 2022. Nicky has recently secured a contract with UVEX in Germany for the international rights in the UK, USA and Australia for their Tocson, helmet protection.

This provides a button that activates an emergency signal – text messages to emergency services and loved ones – after 30 seconds should a rider fall, if not deactivated.

Nanoco widens its litigation against Samsung with new lawsuit in...