Assessing the sustainability credentials of a building … what to look for 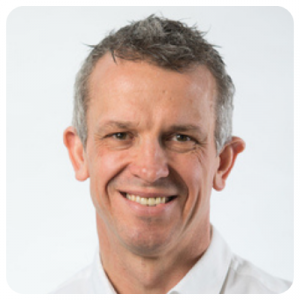 It’s safe to say the pandemic certainly raised many questions about the future of the office.

Our view has always been that, while it accelerated many changes, those changes were already starting to occur. Essentially, we’ve leapt 10 years forward in the space of two years in the development world and this is particularly the case around the market’s preference for highly sustainable offices.

What we’re seeing across the market is pressure being applied to companies from all different angles – from investors and shareholders to customers and, increasingly so, employees.

The problem that occupiers face is that the technology and terminology being used is new and evolving, so there’s a real risk that they could fall into the trap of moving into a building that’s been ‘greenwashed’… but what exactly does that mean?

The term ‘greenwashing’ in property terms is where an organisation will market a building so it appears more environmentally friendly than it actually is – and doing this won’t help us tackle the climate crisis.

The following is what’s hopefully a handy guide to help highlight what to look out for.

First, we’ll start with operational energy. NABERS UK is an essential ratings body, which occupiers should look for if they have a net zero carbon target.

The NABERS UK model increases in half stars, with each half star achieved the equivalent to £4 to 5/m2 energy saving or 3-4kgCO2/m2/yr in carbon offsetting. For a building like Eden, our next office phase at New Bailey, this would be the equivalent of 72 flights from London to New York every year.

Most buildings built in the past 20 years wouldn’t even achieve two stars. On the other hand, our 115,000 sq ft Eden office at New Bailey, is currently targeting to be rated 5.5 stars, which would make it one of the most energy efficient buildings in the UK.

From the off, occupiers should be asking about the estimated whole building operational energy performance, as this will give them more of an insight into their predicted energy consumption.

With that in mind, occupiers should also check that an operational energy requirement is included in any building contract, otherwise any advertised performance could be lost during the detailed design process.

Occupiers should also make sure that any scheme has registered with the Building Research Establishment for their target NABERS UK rating. If it’s not registered, it won’t get an official NABERS UK rating and alarm bells should be ringing.

While operational energy is a key factor for occupiers, the biggest single environmental impact of any new building is in its upfront embodied carbon, which can be up to 70% of the overall emissions from a building over a 60-year life.

The UK Green Building Council defines embodied carbon as the total CO2 emissions generated to produce a building, including emissions caused by extraction, manufacture/processing, transportation and assembly of every product and element in an asset. 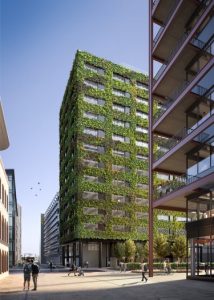 While a lower embodied carbon won’t reduce an occupiers’ energy consumption, responsible occupiers should check what upfront embodied carbon assessments have – and is achieving – good intensity targets (anything under 700kg/CO2/m2). A typical building is at 1000kg/CO2/m2. Eden is at 630kg/CO2/m2.

Even the fit-out of a building will account for 30-40% of embodied carbon of a building over its life, meaning occupiers should think about using low carbon and durable materials, and importantly consider what happens to those materials at the end of their life.

At our Eden building, the life-cycle cost assessment is estimated that the building will cost £23.50/m2/year to run compared to a good quality office (NABERSUK 4.5 star) at £40.00/m2/year, which is a 44% reduction. Compare this to typical office stock and costs are coming in at £59 (Eden being 62% cheaper).

Air quality is massively important, especially following the pandemic, so occupiers need to look for air quality ratings. At least 16l/s per person as a minimum in this area and in comparison, Eden, will run at 18l/s per person. I’d recommend that tenants also look to monitor this during occupation with local air quality sensors to make sure it’s consistent.

We’re all aware of climate change and global warming. With this in mind, occupiers need to be mindful that their building has been future-proofed against future heatwaves and weather events.

Buildings shouldn’t have large areas of glazing and cooling systems should be designed to future weather scenarios, not current, as they’ll be obsolete before long. On Eden, we’ve designed to 2050 conditions, using the Intergovernmental Panel on Climate Changes guidance.

Staff wellbeing and retention should be a central focus, too. One way of demonstrating this is through using WELL Building standard principles. Eden has done a shadow assessment on this, which allows occupiers to certify their space in line with their fit-out standards.

Internal and external planting is an important factor and occupants should look for new buildings with significant green infrastructure. To note, DEFRA’s policy on biodiversity net gain on new developments is set at 15%, with Eden coming in at a massive 174% biodiversity net gain, thanks to its 43,000 sq ft living façade, adorned with 355,000 plants and pollinators … which will prove to be a haven for birds, bugs, bees and business.

There’s a lot to consider and take in when delivering, or looking at moving to new office space that’s fit for the future, and hopefully this guide helps you on your journey to a more sustainable future.

Hospitality sector working to lessen staffing impact of Brexit on...

Business without barriers – supporting disabled people and those...

Why UK’s nuclear future must deliver for the North West’s...

Where next for Levelling Up?

Chancellor needs to provide reassurance to business owners like us