UK inflation jumped to 9% in April – its highest level for more than 40 years – as rising energy bills hit millions of households.

The latest data from the consumer prices index shows an increase from March, when the rate was 7%, and February, when it was 6.2%.

Higher fuel and food prices, driven by the Ukraine war, are also pushing the cost of living up, with inflation expected to continue to rise this year.

Around three quarters of the rise in inflation in April came from higher electricity and gas bills, according to the Office for National Statistics (ONS).

Grant Fitzner, chief economist at the ONS, said: “Inflation rose steeply in April, driven by the sharp climb in electricity and gas prices as the higher price cap came into effect.

“Around three-quarters of the increase in the annual rate this month came from utility bills.

“We have also published new modelled historical estimates today which show that CPI annual inflation was last higher 40 years ago.”

“We cannot protect people completely from these global challenges but are providing significant support where we can, and stand ready to take further action.”

The Bank of England has warned that inflation could peak at more than 10% later this year.

The government is under growing political pressure to help struggling families, with calls for a windfall tax on energy giants to help fund intervention.

Danni Hewson, financial analyst with Manchester investment platform, AJ Bell, said: “It’s a massive jump from seven to nine percent in just a month but anyone in charge of household budgets won’t be surprised. Nor will they be surprised that the colossal hike in the energy price cap, which horrifyingly protects consumers from the worst effects of energy inflation, makes for the biggest contribution to the jump.

“Finding the extra £700 a year just to heat and power homes would have been a shock all by itself but when it comes alongside record high prices at the pump and food inflation, adding tens of pounds to the weekly shop, there’s little wonder poverty campaigners are pushing hard for the Government to take further action. 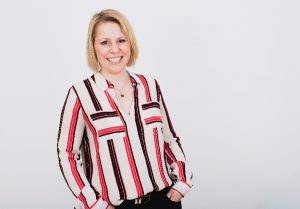 “Dubbed ‘Awful April’ the month brought about a slew of rises as mobile phone operators put up their tariffs and the Government’s VAT reduction on hospitality also ran its course. Popping in for a coffee suddenly became just that little bit more expensive, a thousand cuts slicing away at wage packets that simply aren’t keeping up with the pace of change.

“April blasted through budgets like a perfect storm as a resurgence of global demand clashed with a sudden supply shock brought about by the war in Ukraine. In the UK the added burden of that price cap change has propelled it to the top of the G7 inflation leader board, a plaudit no country wants to burnish.”

Danni added: “Few sectors have been left untouched because of the nature of where prices have shot up and looking forward, with prices leaving the factory gate and prices for raw materials also surging by record numbers last month, there looks to be little respite on the cards.

“Whilst the intensity of last month’s shock won’t be repeated, at least until the next price cap change in October, the one thing consumers really need – price drops – aren’t likely for many months to come. Pressure has been building for businesses to protect consumers from the worst of the hikes and in some cases that has been possible, but not all businesses have the kind of cushion which will allow them to nibble away at margins.

“Smaller businesses in particular are fighting their own battles with inflation and looking ahead the prospect that trade will suffer, that the much needed dream of a post-COVID boom has disintegrated, replaced by fears that recession has already grabbed hold.”

BGF’s North West team leads on deals with an enterprise value of...