North West water and Wastewater group, United Utilities, said it expects to incur an increase in group net debt, due to the rising level of inflation, and the ongoing investment in its asset base, and for revenues to be slightly lower than last year.

The Warrington-based organisation issued a trading update this morning, in which it said the increasing inflationary environment and higher power prices have resulted in somewhat higher cash operating costs and increased non-cash indexation on the group’s index-linked debt.

However, it added that it recognises the increasing cost of living challenges for customers and continues to offer support through its extensive range of affordability schemes. With £280m of support available over the current licensing period, it said it expects to help more than 200,000 households to reduce the burden of debt.

United Utilities also said it continues to work towards improving the environment and leads the sector on minimising pollution incidents.

It has invested more than £1.25bn to improve the region’s bathing waters and £1.2bn to reduce the impact of sewer spills over the last three decades.

It said: “We expect an increase in group net debt at 30 September 2022 compared with the position as at 31 March 2022. This largely reflects the impact of higher inflation leading to a higher indexation of principal on our index-linked debt along with the group’s ongoing investment in its asset base, partly offset by the expected receipt of proceeds in relation to the previously announced sale of our renewable energy business United Utilities Renewable Energy Limited.” 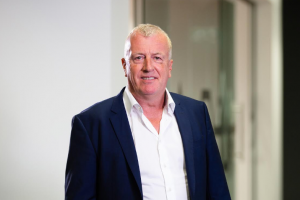 Andy Bell will step down from the board September 30, but will continue to work with the business in a consultancy role.

Since announcing Andy’s intention to step down as CEO, the company has had constructive discussions with the FCA about the need for a clear distinction between the executive and non-executive roles in a regulated firm and the risk to effective board governance that would arise if a founder CEO with a significant shareholding remained on the board after stepping down as CEO.

The FCA has indicated that it considers its stance to be consistent with previous messages given to other regulated firms and is no reflection on the fitness and propriety of AJ Bell or Andy, who will remain as CEO until the end of September.

The board has agreed with Andy that, while he remains a significant shareholder, he will retain the right to nominate a non-executive director to represent his interests as a major shareholder on the board.

Andy Bell said: “I accept the regulator’s views and as a result have decided to step down from the board in order that I can continue the journey I started 27 years ago, supporting the business in the most effective way I can. My focus will be on helping to build the AJ Bell brand as well as continuing to support AJ Bell’s campaigning and lobbying efforts on behalf of retail investors and financial advisers. I have complete confidence in the board, Michael and the wider management team and remain a committed long term shareholder.”

Additionally, Helena Morrissey has advised the board that she will stand down from the board once a suitable replacement as chair has been found. The board has asked Helena to work with AJ Bell going forwards on a consultancy basis to continue her guidance and assistance to the company.

Helena Morrissey said: “I am looking forward to continuing to work with Michael and the wider AJ Bell team to encourage more women to think about investing and to advise the company on its diversity and inclusion strategy.”

Evelyn Bourke, AJ Bell’s senior independent director, will now initiate a process to identify and appoint a new chair. She said: “On behalf of the board I would like to thank Helena for her work as chair, in particular the appointments of a new CEO and CFO, the focus she has brought to our diversity and inclusion initiatives and changes she has instigated around the way the board operates, which have been well received by all.

“However, we were unable to agree our preferred role for Andy with the FCA and Helena believes it is the right thing for her to step aside so a new chair can take the board forward. I am glad the business will continue to benefit from Helena’s knowledge and experience.” 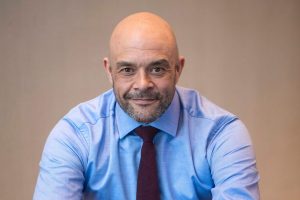 At the meeting, Dr John Brown, non-executive chairman, will say: “The business is a growing force in genomic testing and is addressing growth opportunities in non-invasive prenatal testing, oncology, reproductive health and infectious disease, with an increasing presence in key overseas geographies including North America, Europe and Asia.

“We continue to see the core business performing at pre-pandemic growth levels.

“The team has done a great job during the pandemic and, having come out the other side, is now both better resourced and equipped. With solid progress being made in the first half, we are now focused on a number of pipeline opportunities that will support growth in the second half and underpin next year’s performance. The board looks forward to updating the market at the time of our interim results release in due course.”

After the formal AGM proceedings, Lyn Rees, CEO, will provide shareholders with a short business update ahead of the onsite Investor Open Day later in the afternoon, at the company’s new headquarters in Skelton House, Manchester Science Park. 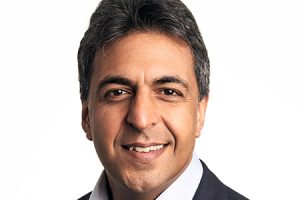 Law firm Knights Group, which has offices throughout the North West, said it has delivered a “robust financial performance” in the last financial year, with strong cash generation and good revenue growth of 22%.

The company is holding its annual general meeting this morning, where chairman, Bal Johal, will tell shareholders that its performance demonstrates the continued resilience of the business model and its people, despite the trading headwinds faced in the last few weeks of the financial year.

He will say: “The board is pleased to report that the group has had a positive start to the new financial year.

“It continued to execute its growth strategy with the successful acquisition and integration of Coffin Mew in the first quarter, and conversations with a number of attractive acquisition targets are ongoing. We expect our organic growth to be underpinned by our ability to attract high calibre professionals.”