The North West Hydrogen Alliance (NWHA) is spearheading the UK’s first official Hydrogen Week which will bring together stakeholders across the UK to celebrate and promote the role of hydrogen in reaching net zero.

Taking place between February 13-19, 2023, it will include partners from industry, to academia, to government in a week-long awareness-raising campaign.

Organisations across the UK are being called on to get involved by holding hydrogen-themed events and activities.

Prof Joe Howe, chair of the NWHA and executive director, Energy Research Institute at the University of Chester, said: “The last few years have seen hydrogen rising in prominence in the net zero agenda.

“It’s now recognised as critical to delivering on our decarbonisation targets. While there are a number of regions that are already delivering on hydrogen projects, if we really want to capitalise on this huge opportunity the UK needs to collaborate.”

He added: “Hydrogen Week will bring everyone together to raise awareness of the role that hydrogen can play in tackling climate change. I’d urge anyone who’s got an interest in hydrogen, whether that’s a big business, community group or school, to get involved.”

“The UK has an incredible opportunity to become a world leader in low carbon hydrogen, but this will only materialise if government, industry, and the public work together to make this a reality. We hope that UK Hydrogen Week can be a springboard for engaging a greater audience around the incredible benefits of hydrogen in delivering net zero.”

Reducing carbon emissions will require huge transformations in the way the UK powers its industries, travels around the country and heats its homes.

Hydrogen is central to reaching net zero emissions providing a low carbon fuel which can help the switch to a greener future. Developing a hydrogen economy will also unlock investment, secure and create jobs and boost supply chain opportunities.

Net zero projects and investments across the North West have the potential to create 300,000 new and safeguard jobs within the region.

The North West Net Zero Skill Charter was launched last week at the Great Northern Conference, in Manchester, which will help businesses step up to ensure these new opportunities can be harnessed for the benefit of communities and people across the region.

The goal is to ensure skills providers are clear about what is required of them. Crucially, it also contains a commitment from businesses across the region to step up to support the upskilling of the region’s workforce.

The design of the new North West Net Zero Skill Charter has been led by the North West Business Leadership Team (NWBLT), in partnership with Net Zero North West, Manchester Metropolitan University and the University of Chester.

Prof Eunice Simmons, chair of NWBLT’s People & Skills Group and Vice Chancellor at the University of Chester, said: “The challenge of achieving a net zero region by 2040 is huge. 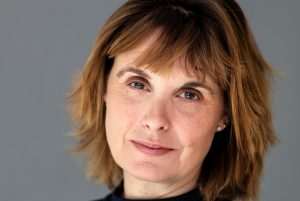 “However, it also brings with it great opportunity for the North West in terms of good green jobs – many of these jobs already exists within our businesses and others are just waiting to be created.

“The commitments within the Charter will help ensure that the North West grasps all the opportunities being presented to it to meet the net zero challenge – and deliver better growth for all.”

Emma Degg, NWBLT CEO, said: “While we know that new net zero investments have the potential to create new employment opportunities for local people, this will only happen if we work closely together. That means business stepping up to do our bit to inspire young people, reach out to diverse communities and those who have been previously left behind, and invest in the training of our own workforces.

“We have a brilliant opportunity to deliver a fairer economy and net zero at the same time – but only if we work in a purposeful way towards that goal.”

Supreme to trade ahead of expectations despite modest growth