A £442m plan to create new children’s and women’s hospitals in Birmingham have been unveiled.

The Trust which runs the two hospitals says both are well beyond their natural operational life and its ‘make do and mend’ approach and the growing maintenance bill makes an investment crucial for the future of its services.

Work could begin by 2023 with doors opening in 2025, subject to funding approval.

Plans to fund the estimated costs for ‘The Big Build’ include a combination of money generated from the sale of vacated land at the Steelhouse Lane site in the city centre, supported by national funding and fundraising support through the Trust’s charity.

David Melbourne, acting chief executive of Birmingham Women’s and Children’s NHS Foundation Trust which is behind the plans, said doing nothing was not an option.

He said: “We are proud of the amazing care our colleagues provide on a daily basis but they do that in an estate that is well beyond its operational life.

“Our children and young persons services are being delivered on a site opened in 1897 and our Women’s Hospital is more than 50 years old. 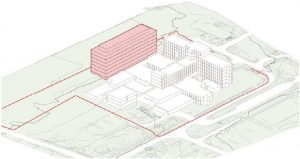 “Our teams have done a great job in recent years with a make do and mend approach but the cost of that in terms of annual maintenance is growing and is not sustainable. These buildings are well past their natural life and are not suitable to providing the spaces and facilities we need for modern care.

“Our Big Build proposal will provide value for money and unlock huge potential for the development of our existing and new services; opening the door to a new wave of research and innovation tapping into the many world class individuals we are lucky to call colleagues.”

Professor Sir Bruce Keogh, the Trust’s chairman, a former Birmingham surgeon and national medical director for the NHS, said: “The Children’s Hospital is now 123 years old, the infrastructure is crumbling, the wards are cramped and the Victorian architecture, while beautiful from the outside, is simply not fit for the practice of current complex medicine, let alone fit for a future of increasing complexity.

“Similarly, the Women’s Hospital is struggling to function at 30 per cent above the capacity for which it was designed 60 years ago.

“Despite the outdated estate our clinicians continue to provide essential regional and national highly specialist services and conduct leading edge research. This is simply unsustainable in the current set of buildings given the very real implications of evolving medical science and technology for advanced diagnostics and medical therapies.

“The Big Build is not just an investment in buildings. It will be an investment in the future quality of care our organisation can offer to the women and children of Birmingham and beyond. It is imperative we all unite behind the massive and exciting opportunity presented by The Big Build.”

Retailer signs up for 4,000 sq ft at Exchange Square

Solihull office to residential conversion secures funding for next...