Private equity firm expands presence in the region with promotions

Private equity firm, LDC, has announced two promotions, with the aim of expanding its presence and support for mid-market businesses. 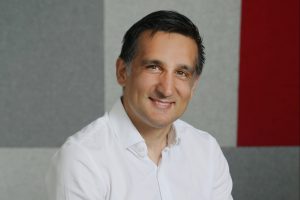 Chris Handy and David Bains will lead its West Midlands and East Midlands teams respectively, replacing Richard Whitwell when he retires in March.

This follows a year in which 20 transactions were completed in the Midlands with a combined value of more than £1.6bn.

Its partnership with marina operator Aquavista has also been expanded through the acquisition of Castle Marinas.

Toby Rougier, chief executive of LDC, said: “The Midlands is heartland territory for LDC and a region where we have a 40-year track record of helping businesses to grow. Richard has done a great job of leading our activities, portfolio and teams here in recent years and we wish him all the very best following his retirement from LDC.

“We’re committed to increasing our presence across the region and enabling more management teams to access the capital and support needed to realise their ambitions. Both Chris and David are experienced investors and have a clear mandate to recruit into their teams and to grow our business across the Midlands.

Whitwell has led the Midlands team for the past three and a half years and has had a nearly 10-year career with LDC and more than 30 years in the industry.

Handy joined LDC eight years ago and has had a 20-year career in the industry in operational and financial leadership roles at Rolls-Royce and PwC’s corporate advisory team in the Midlands. He will be based at LDC’s Birmingham office.

Joining LDC from advisory and investment firm GLP in 2016, Bains was a managing director focused on UK transactions. He is now based in the firm’s Nottingham office and will cover an extended regional patch that includes the East of England.

Further highlights for LDC include exits from holiday park operator Away Resorts after a period of acquisitive growth, and fall protection specialist Kee Safety, following 10 years of international expansion.

People: Wesleyan appoints investment specialist to its board; Comms...

New head of BDO in the Midlands announced