A trial of a four-day week has launched in the UK and companies who have already implemented this say it’s the way forward.

The UK is the latest country to take part in a six-month trial of a four-day week, where employees will be paid the same amount as if they were working their usual five days.

The shorter working weeks has been a success in other countries including Iceland where 85% of workers are currently, or on the way to, working four days a week instead of five.

With the pandemic changing the way we work, there has been some strong debate over the benefits of a shorter working week including improved mental health for staff and increase in productivity.

The pilot scheme has 30 companies on board and is run by the 4 Day Week campaign, think tank Autonomy and researchers at Cambridge University, Oxford University and Boston College.

They will measure whether employees can operate at 100% productivity for 80% of the time.

Similar trials run by 4 Day Week Global are also taking place this year in Ireland, the US, Canada, Australia, and New Zealand, while the Scottish and Spanish governments also launch pilots this month.

Thinktank Autonomy argues that cutting out one day of the working week with no loss of pay will increase productivity and improve staff retention.

Job site Adeccos states that it can also relieve pressure on working parents but also recognises that the system is not possible in all industries.

One of the companies that has been working with the campaign is Leeds-based specialist search firm Charlton Morris which introduced a four-day week last October for all its employees after a short trial with all staff getting paid a full week’s salary for working four-days.

Since then, the firm has seen an increase in productivity, revenues are also up while it is also benefitting from a “happier and healthier workforce.”

Kris Holland, Director of Marketing & Revenue Operations at Charlton Morris said: “We looked at this model because we wanted to create a positive environment for our staff and an exceptional work life balance.”

He added: “There’s a lot of misconception about this but I would say to people approach this in a sensible way. We’ve already found that our colleagues are more productive, they’re happier, and our revenues are up.

“I’ve personally found that having that extra day off has given me time to do the things that I never had time for and at work I’m focused and it’s made me prioritise what I need to do.”

Aside from the trial, the four-day-week has been embraced by firms across the country.

Realm Recruit in Manchester moved to a four-day-week last year. 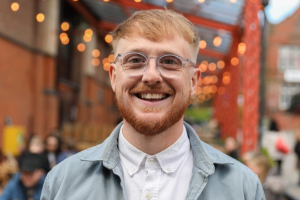 Founder and director Duane Cormell said it was essential to recognise the importance of a good work-life-balance right from the beginning of starting the firm in 2015.

“Our vision is to become the leading specialist legal recruitment consultancy in the regional market while recognising that when it comes to life-work balance, life is the more important of the two,” he said.

“In keeping with this objective, last year, we introduced Flexi Fridays, our version of the four-day working week (where team members are paid for five) to give them more flexibility and greater control over when they worked.

“This level of flexibility is virtually unheard of within recruitment and has been extremely well-received; our team are more productive, better engaged and happier at work.

“In the last 18 months, our team has doubled in size and 2021 was our most successful year to date; our move to a four-day week has undoubtedly been a contributing factor in our recent success.”

It makes good business sense too

And Sarah Glynn, Realm Recruit’s Head of Marketing agrees having joined the firm as a new mum a few months ago.

“When I joined Realm as a new parent, the option of a four-day work week, in addition to their general approach to flexible working, was a huge pull factor for me.

“The number of parents, more often women, moving to part-time employment or dropping out of the workforce completely is still distractingly high in the UK – something that has been further exacerbated by the pandemic.

“Providing more flexibility can only help businesses prevent the loss of that talent and experience. This isn’t just a social equality issue – in many situations, it makes good business sense too.”

Wigan-based Belmont Packaging, which specialises in plain and printed corrugated cardboard,  first experimented with a shorter working pattern in 2019, compressing its factory floor staff’s 38-hour week into four days to make the team more productive, with the rest of the 30-strong team following suit last September.

Kate Hulley, chief executive of Belmont Packaging has said the move has made staff more “focused and more productive”  with staff making sure the work gets done.

Mike Gazzola is owner and managing director of R&M Joinery Manufacturers in Merseyside.

Staff’s health and safety has always been a priority and so in 2018, the company introduced a flexible four-day working week.

Staff however work their 40 hours over four days and have either Monday or Friday off.

Mike said the move has been so well received staff don’t want to go back to working five days.

It has also enabled him to recruit and retain staff.

“Everyone has the choice to have either Monday or Friday off, so it means they all have a three-day weekend and have got floating days off throughout the year and its just been better for everyone.

“We’re not the first to do this, but I wanted to see how we can work more efficiently and allow people to have that extra day for themselves. We introduced this model having spoken to our staff and it’s what they wanted.

“It’s been better for everyone, and no one works on a Saturday, which is unusual for our industry.”

He added: “From my point of view it doesn’t cost me any money to do this and it’s a way of helping to retain staff.

“We work in manufacturing, so the production staff can’t work from home, so how do you then offer the flexibility everyone is talking about.  This is our way of offering that flexibility.” 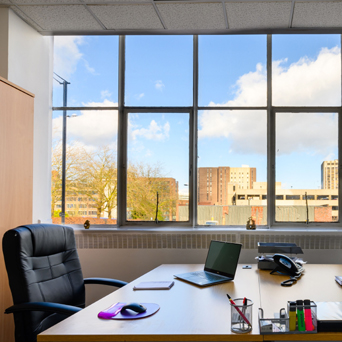 Flexioffices works with operators across the UK

Flexioffices, a broker for serviced offices working with operators in cities including Birmingham, Manchester and Leeds, has documented its trial and transition period into a four-day-week, recording the highs and lows, as well as challenges faced and solutions put in place along the way, to offer guidance around how different aspects worked for them.

They trialled a variation of practices over a month period, including rotating non-working days, having ‘tiered’ experience levels and a new system to ensure responsibilities were managed when employees were absent.

They also saw a dip in productivity and had to review practices until the new structure proved beneficial and even provided their highest performance levels.

The trial went through different stages of revisions before landing with success, which has been credited to a culture of open communication.

Michael Dubicki, Director of Business Development at Flexioffices, said: “The pandemic has altered how we are working, with businesses finding flexible working can help productivity levels and overall wellbeing.

“Additionally, it’s becoming an increasingly in demand and attractive benefit which helps with employee retention.

“We’re seeing it with many businesses we work with and understand it’s time to jump on and lead the wagon, rather than get left behind. But there’s not a lot of guidance on how to actually do it, from holidays to salaries to what time is worked, so hopefully our experience can help make it work for more people.”

Joe O’Connor, pilot programme manager for 4 Day Week Global believes 2022 “will be the year that heralds in this bold new future of work”.

He added: “More and more businesses are moving to productivity focused strategies to enable them to reduce worker hours without reducing pay.

“We are excited by the growing momentum and interest in our pilot programme and in the four-day week more broadly.

“The four-day week challenges the current model of work and helps companies move away from simply measuring how long people are ‘at work’, to a sharper focus on the output being produced.”

KPMG set to invest in its Midlands operations