Birmingham agency Story Comms is preparing to write the next chapter of its own growth as “corporate punks who tell stories that make people stop, think and change”.

It has created a board of four as its senior leadership team, which includes a promotion for its first employee and the appointment of an ITV veteran.

The PR firm was founded by Marketing Birmingham’s former head of comms Amanda Lowe eight years ago and quickly made its mark on the region’s PR scene, securing John Lewis as an early client ahead of the retailer’s Grand Central launch. 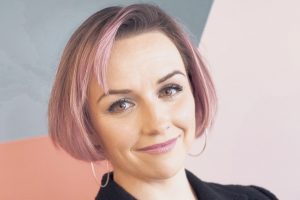 “We’re fiercely proud to be Midlands born and bred – we’ll always, always, be cheerleaders for our home,” said managing director Amanda. “But we’ve got so much to go at now.

“Our global work has grown in recent months with more projects in Germany and Australia, and new work on the horizon from Sweden and the Netherlands. It’s really exciting and we’re running at it all.”

The agency’s first employee, Sophie Drake, has been promoted to deputy managing director and will join the board, seven years after arriving as a first-class graduate from Birmingham City University.

He will be building Story’s video and content services, while leading the firm’s operations as it looks for expansion opportunities. 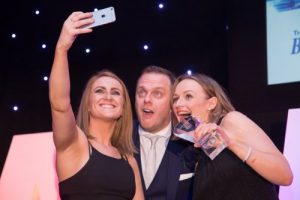 “Sophie and Tom are pure fire,” said Amanda. “They both have a passion for storytelling done right and an ability to make the seemingly impossible happen. I’m excited for them to make their mark and help take Story to the next level.”

Drake, who has served as Greater Birmingham & Solihull LEP’s board director for young people at the since 2017, will be responsible for the firm’s client service, standards and growth.

“Since day one, Story’s been on a mission to strip the BS out of PR,” added Drake. “Almost eight years on and this hasn’t changed. If anything, the last few years have made the human aspect of comms and strong storytelling more important.”

A ‘Concert for Ukraine’ will take centre stage at the Resorts...

Social enterprise sends graduates into the world of employment

Birmingham will be “home to the future of the BBC”

The Apprentice 2022: how to spell arctic