A civil engineering company has been awarded a contract to undertake road improvement works to a major junction in Bradford, which will start on 27 July.

The project’s community liaison officer, Sophie Henderson, said: “This is a complex scheme that needs to be managed sympathetically with regards to the many interfaces with residents, businesses and local service providers.

“As successfully achieved on Hard Ings Road, liaising with our stakeholders throughout the contract will remain our number one priority.

“We are working closely with City of Bradford Metropolitan District Council to ensure members of the local community remain well-informed.” 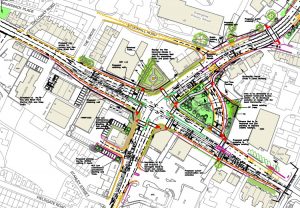 The project will see Howard Civil Engineering undertake improvements to the existing junction in Greengates including widening the existing highway on all four arms of the junction, signal upgrades and a P-loop.

Cyclists and pedestrians will also benefit, with the addition of new cycle lanes, pedestrian islands, and more controlled crossings.

Alongside the funding from the Leeds City Region LEP Growth Deal, it has also been funded by developer contributions.

MBO and £2m fundraise completed at university spin out