Challenger Bank committed to new office in the region

Challenger bank OakNorth Bankis planning to grow its presence in the North with the opening of a Yorkshire office – likely in Leeds – during 2021.

The UK bank which gained regulatory approval in 2015 to support business growth, is looking to increase its presence in the region after successfully launching a lending team in Manchester in 2019.

Over the last five years the business has lent almost £4.5bn, having started, as Deepesh Thakrar senior director at OakNorth Bank describes it, “without a banking licence or a loan book” and “just a few of us around a desk, trying to figure out exactly how we were going to go after a market that we didn’t even know existed.” 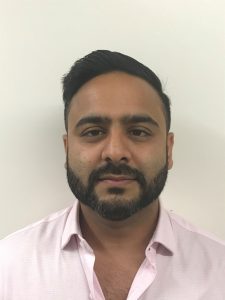 Thakrar, sat down with TheBusinessDesk.com to discuss the firm’s appetite for funding Yorkshire businesses as it looks to grow its presence.ort

“We don’t aim to deploy a specific amount [of money] into a specific geography we’re focused on finding the right opportunities and we’re seeing these coming from the North.”

It’s this “appetite for deals” amongst Northern businesses and an ambition to grow in an area which he says “we’re not massively active in,” which is fuelling the focus on Yorkshire. He highlights that plans for an office follow the hiring James Espley in Leeds late last year, and are accompanied by a desire to grow a new lending team here.

The firm which is headquartered in London, might not consider itself “massively active” in the region, but it has already sampled success in Yorkshire It recently supported the new Bike and Boot hotel in Scarborough and previously completed a £22m transaction with property development company Newby to acquire and transform an 8-storey vacant office building, into 77 new one, two and three-bedroom apartments. 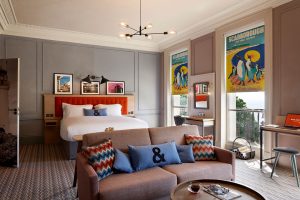 Inside the Bike and Boot Inn, Scarborough, which OakNorth bank supported

But has or will Covid-19 slow the firms plans? Thakrar says they are keen to grow “as much as we can and as quick as we can”, in order to have “a bigger presence there” and he highlights even a global pandemic hasn’t slowed the business too much.

In fact since March, OakNorth Bank has approved over £600m of loans including £230m via the Government’s CBILS and CLBILS, the business is still committed to opening a Yorkshire office in 2021. The business it appears is actually still growing through the crisis.

Thakrar adds “We have been inundated with debt finance enquiries, possibly across our 20 directors, we’re seeing two to three new enquiries per person per day”. And he’s quick to point out that many of the enquiries are not from businesses in distress but ones looking at “opportunistic acquisitions” that will support their future growth.

Why? the likelihood is the firm’s loan size – it starts at £500,000 and goes to £45m – their business is catering for what he points out is the “missing middle” in the market, who need capital to grow.

Ultimately as the discussion comes to an end its clear that this challenger is stepping up to the plate and has ambitious plans to not just do deals in the county but be part of its successful business community.