Six initiatives in Goole have secured funding after the Goole Town Deal Board applied for £750,000 of accelerated funding from the Government’s Town Deal process.

The £750,000 has been made available for capital proposals capable of being delivered by 31 March, 2021 and to kick-start phased activity for the main Town Deal proposals due to be submitted in January 2021.

East Riding of Yorkshire Council will be overseeing its distribution as the accountable body for the Goole Town Deal Board.

The six proposals to receive initial funding are:

Councillor Victoria Aitken, East Riding of Yorkshire Council’s portfolio holder for economic development and inward investment, said: “I am hopeful that this first tranche of investment will act as a catalyst towards the Goole Town Investment Plan which could secure in excess of £25m of investment into Goole over the next five years, through the Government’s Towns Fund. 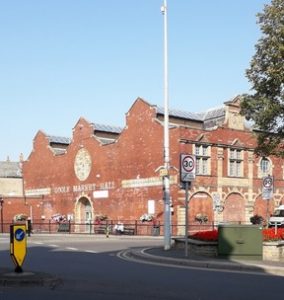 “We look forward to working alongside our Goole Town Deal Board partners and with the community of Goole to together create a catalyst for future inward investment into the area.”

Joseph Richardson, chairman of Goole’s Town Deal Board, said: “Board members and East Riding of Yorkshire Council have worked vigorously to develop these early plans for Goole which will hopefully enable us to secure the funding and start investing in the town.

“Our long-term aim is to reboot the town centre economy and deliver long-term investment.

“This early funding represents a good start and means we can progress on some key areas that will feature in our longer-term Investment Plan.”

“The board recognises the scale of town centre works to be addressed and to support its regeneration and recovery and also wanted to support initiatives that connect people to learning and work opportunities.”

In July 2020, the Prime Minister announced that the Government would bring forward £5bn of capital investment projects which will support jobs and the economic recovery.

The Towns Fund is one of the central drivers of the Government’s ambition to building stronger and more resilient local economies and communities.

The Government has offered the 101 towns invited to take part in the Town Deal process an early grant payment to accelerate capital investment that can be delivered this financial year.