Manufacturer Carclo Group will no longer have a Group CEO as the company has confirmed the current holder of this post is standing down.

The Wakefield-based business has announced the management restructure this morning, which comes after the business warned earlier this year that profits would be hit by Covid-19 and recorded a dip in both revenue and pre-tax profits in 2019. It is yet to announce the publication of its Full Year Results for the year ended 31 March 2020.

In a statement the firm explained: “Following the successful completion of the tripartite agreement between Carclo plc, the Carclo pension trustees and the company’s bank, the Board has re-evaluated the management structure needed to take the business forward.

“The Board has decided that, given that the company has only two operating divisions, each of which has a strong management team, the role of Group CEO is no longer required.

“As a result, Antony Collins will step down from the Board with immediate effect.

“Antony joined the business as chief restructuring officer in May 2019 to steer the Group through a challenging period including the exit from the Wipac business.

“He was appointed interim CEO from 1 October 2019 and led the Group through the negotiations with the bank and pensions trustees culminating in the successful completion of the tripartite agreement.

“The Board would like to thank Antony for his contribution to the business and wishes him well for the future.”

Nick Sanders, who took on the role of non-executive chairman of the Board earlier this month, will now have with both the Technical Plastics and Aerospace divisions reporting directly to him.

Carclo says this will shorten the reporting lines in the business and reduce costs.

It adds that Sanders’ focus will be on enhancing shareholder value through improving the profitability of both operating divisions by driving both growth and operational effectiveness. 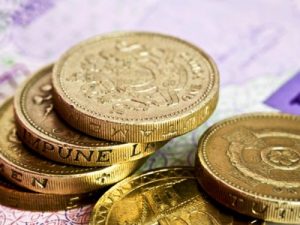 He will also be appointed as an executive director to the Morses Club Board.

Andy Thomson, currently interim CFO of the company, will remain in an executive capacity until the publication of the company’s FY20 results to ensure a smooth transition and regulatory handover, following which, he will re-assume his role as non-executive director on the Board.

Campbell was most recently the chief financial officer of BrightHouse (a trading name of Caversham Finance Limited), which provided rent-to-own and cash lending services to the UK consumer market.

He became the CFO of BrightHouse in 2018. He joined the company in 2011 and held a number of roles including director of finance as well as the strategy and digital director, and chief information officer.

Campbell spearheaded the financial, IT and emerging digital strategy of the business, alongside its retail offering. Prior to this, he held roles at Virgin Media and Thresher Group.

“Graeme brings a wealth of highly relevant sector and financial experience, along with broader digital and commercial skills, which will be invaluable to Morses Club as we look to grow the business over the coming years.

“I look forward to working with him as the company continues to consolidate its position as a leading non-standard finance provider.

“On behalf of the company, I would like to thank Andy Thomson for his tenure as interim CFO.

“We look forward to continuing to draw on Andy’s experience in his position as a non-executive director of the company.”