A technician is bidding farewell after 54 years at the University of Hull.

Victor Swetez, who first began working here as a teenage botanist back in 1966, will takes his well-earned retirement at the end of December.

He said: “When I was 17, I spoke to the careers officer at school, and they asked what I was interested in doing in the future.

“I told them I was interested in plants, so they suggested contacting the botany department at the university. I came across to have a chat, and they said I was exactly the sort of person they were looking for.”

In his early years at the university, he worked at the Botanic Gardens in Cottingham, assisting with teaching and research in the Botany department.

Later in his career, after the merging of three departments, his role diversified and he began working with and studying living creatures such as shore crabs, crayfish, marine worms, and lobsters.

He added: “I’ve seen a lot of new buildings appear over the years, but campus has always remained an incredibly friendly and pleasant place to work.

“It is the people I will miss the most when I leave. I wouldn’t have worked at a place for over 50 years if it was not a good place to work, and it is the people who have made it so enjoyable.”

His recent years at the university saw him join the aquarium team at Hull.

In the 1990s, Swetez also had the privilege of visiting Buckingham Palace at the invitation of the then-Vice-Chancellor David Dilks.

He said: “I have seen the university face a lot of challenges over 54 years. COVID has been difficult for everyone, but the university will come through it.” 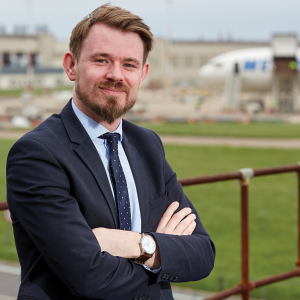 Robert Hough, chairman of Peel Airports Group, has announced the promotion of Chris Harcombe to managing director and the material expansion of Kate Stow’s responsibilities as part of the executive management team of Doncaster Sheffield Airport (DSA).

These changes will take effect on 1 January 2021.

Harcombe, who is currently the airport’s current aviation development director, will have responsibility across the business, including financial, operational and commercial performance.

He will be responsible for strengthening the performance of DSA and will continue to lead on developing its Cargo and General Business Aviation activity.

She will lead an enlarged team to develop the passenger aviation business alongside corporate affairs activity.

Hough said: “Chris and Kate both joined Doncaster Sheffield Airport in junior roles in 2006 shortly after its opening.

“Rooted in the local community, they share a passion for the economic opportunities that the development of the airport offers the region.

“They are completely committed to the future success of Doncaster Sheffield Airport and their endeavours have been instrumental in its growth to become the UK’s favourite regional airport.

“I cannot think of a better unit to steer a steady course through Brexit, 2021 and beyond to further growth.”

Harcombe said: “I am delighted to be appointed managing director where my focus will be on working to ensure our award-winning customer service is maintained throughout our terminal development programme, improving operational efficiency, financial and commercial performance.

“We are passionate about the regenerative impact Doncaster Sheffield has on the regional economy now and in the future.

“Although 2020 has been the most challenging year on record for the aviation industry, DSA has shown consistent growth over the past five years and we are determined to continue our progress and emerge stronger.” 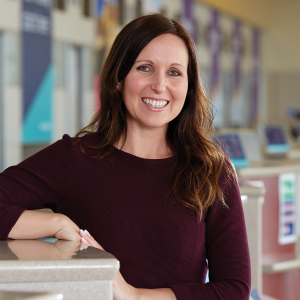 Stow added: “We have a lot to do when we start the New Year and work towards recovery from Covid.

“Our relationship with our airline partners TUI and Wizz Air go from strength to strength and we will be working with them to develop further destinations and quality holiday experiences that our customers enjoy.

“We continue to listen to and strive to fulfil our passengers’ desires for us to deliver global hub connectivity, increase our regional and business connections to destinations such as Belfast, Dublin and Jersey, develop our long-haul network and continue to add more choice to the most popular leisure destinations across the Mediterranean.

“We have always had a vision to be the leading airport east of the Pennines and we are resolute in that goal.

“DSA provides a great opportunity for airlines to increase market share and reduce their cost base, serving a region with considerable undersupply of airline seats.”

Radiation detection technology business Kromek has announced the appointment of Berry Beumer, chief operating officer, as an executive director of the Group with immediate effect.

Rakesh Sharma, who joined the Group as a non-executive director in October 2020, will replace Sir Peter Williams as non-executive chairman, who is retiring from the Board on 1 January 2021.

Beumer, 56, is a technology business executive with extensive experience of delivering revenue growth in the analytical instrument, high-frequency communications equipment and optoelectronic and semiconductor materials industries.

Since joining Kromek as COO in 2015, based in the Group’s Pennsylvania facility, he has played an instrumental role in the growth of the business through the expansion of Kromek’s US customer base and operations in both medical imaging and nuclear detection.

Prior to Kromek, he held a number of senior roles at businesses in Europe and the US, including 14 years as vice president, sales and marketing at XOS, Inc., part off Danaher Inc., a manufacturer of application-specific x-ray analysers.

He was responsible for driving the strategic direction of the company’s x-ray elemental technology business.

Sharma said: “It is a great honour to succeed Sir Peter as chairman. I thank him for his valuable contribution which has enabled Kromek to truly transform during his tenure, and we wish him all the best in his retirement.

“I am also pleased to welcome Berry to the Board. He has played a fundamental role in our growth as part of the executive team and we look forward to further benefitting from his expertise in his new role.

“Kromek is an ambitious company with advanced technology, extensive IP and a foothold in some of the most important markets today.

“We are excited about the future and delivering on our plans to secure sustainable growth and shareholder value.”

Williams added: “It has been a pleasure to be a part of Kromek’s journey as it has matured and scaled up over recent years into a truly international business with diversified revenue streams.

“As I retire, I leave the role of chairman in the very capable hands of Rakesh who brings tremendous experience in overseeing the growth of international hi-tech engineering and manufacturing businesses.

“I also congratulate Berry Beumer on joining the Board and, following Paul Farquhar’s recent appointment, I leave Kromek with a refreshed and powerful team at the helm under Arnab Basu’s leadership.”