The Rugby Football League (RFL) has announced the sale of its head office, Red Hall House, near Roundhay Park in Leeds after 26 years at the premises.

Red Hall House was purchased for over £1.65m by Dr Faisal Arshad, lead surgeon at the Hair Dr Hair Transplant Clinic, in order to establish a private cosmetic surgery hospital.

Arshad said: “The Hair Dr Clinic is expanding quickly and we have outgrown our current premises.

“The majestic Grade II Red Hall, close to the new East Leeds Orbital Route, is absolutely perfect and it is humbling to be moving into such a magnificent building with such an illustrious history.” 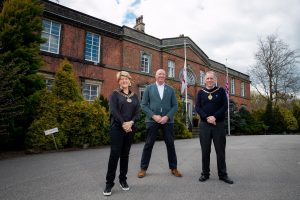 The Commercial Property team at Blacks Solicitors advised the RFL on the sale of its head office ahead of a relocation to Sport City at the Etihad Campus in Manchester.

Global property consultancy Knight Frank advised the RFL in relation to the disposal of the property.

Tony Sutton, the RFL’s chief operating officer, said: “This is a significant day for us, after more than two and a half decades at Red Hall – which has been a distinctive headquarters for a National Governing Body since the RFL moved from Chapeltown Road in 1995.

“This move to the Etihad Campus will mark an exciting new era for the RFL, and we are grateful to Matthew and the Commercial Property team at Blacks Solicitors, Jonathan and his team at Knight Frank, and to Dr Faisal Arshad for a smooth and professional process.”

Led by Matthew Hutchinson, who was assisted by Claudia Willard, the team at Blacks provided the RFL with commercial property advice, enabling the exchange of the premises to take place within 72 hours of terms being agreed with the buyer. 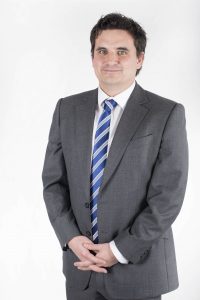 Hutchinson, a partner in the Commercial Property team, added: “We’re really pleased to have been able to support the RFL on the first stage of their relocation.

“The team worked hard to ensure the sale of Red Hall House ran smoothly and was able to complete promptly.”

“Not surprisingly, there was a good deal of interest in this iconic building, but we believe the eventual purchaser, Dr Faisal Arshad, is best placed to breathe fresh life into Red Hall.

“His plans to transform the building into a pioneering private hospital are tremendously exciting and we wish him the very best of luck.”

Arshad added: “I would also like to thank Jonathan Hyland of property consultancy Knight Frank, whose help in this significant transaction has been invaluable.

“Jonathan’s experience and expertise played a crucial part in enabling us to buy Red Hall.”

Work begins to bring over 500 homes to key regeneration site