Office space will be retained on the ground floor of the currently vacant building, while a three-storey glazed extension will be added to the rooftop of the building for further residential accommodation and a communal roof amenity area.

As part of the Priestley Homes development there will also be new mezzanine floors added.

2 Great George Street is a former school building but was converted into office use in 1994 and was most recently used as by the city council.

Council planning officers had recommended the latest proposals for the building should be given permission, noting that the planned rooftop extension does not over-dominate. 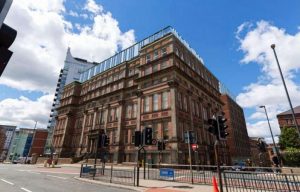 Some panel members voiced concerns about there only being three apartments designated as “affordable” within the scheme, but were advised this was still policy compliant.

Councillor Dan Cohen said: “I think this is a fairly decent proposal. It’s going to bring an underused building back into use and the sooner we can get going on it the better.”

Cllrs Elizabeth Nash, David Blackburn and Paul Wadsworth agreed the appearance of the glazed extension is much better than a previously approved extension to the roof.

Cllr Colin Campbell added that he wanted to see original architectural features within the property retained.