After an 18-year career at RCA spanning the delivery of more than 60 healthcare schemes, Tim Robinson retires.

RCA’s managing director, David Speddings, said: “RCA enjoys a strong reputation in the healthcare sector, and we’re under no illusion that Tim’s expertise has been invaluable in creating this; he’s delivered outstanding facilities in East & South Yorkshire, the East Midlands and North West.

“It’s now time for the next generation to build on this success and we’re confident that with Paul and Jacob at the forefront, we will continue designing exceptional and essential healthcare provisions for many years to come.”

With almost two decades combined experience at RCA, Foster and Peplow are well-known to the practice’s client base, which includes ten NHS Trusts.

Foster is a skilled designer, who is confident devising refurbishments, retrofits and re-configurations as well as new build projects. Peplow shares this passion for delivering futureproof and energy efficient buildings as BREEAM lead.

Foster said: “Healthcare services are always vital, but now more than ever.

“We’re keen to continue growing our work in this sector; transforming sites that are unfit for purpose, upgrading existing facilities with state-of-the-art treatment and patient services, and designing high quality, sustainable buildings that will serve new communities.” 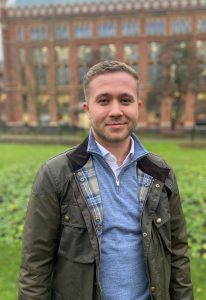 Property consultancy, Gent Visick (GV), has appointed a new surveyor, following a sustained period of growth over the last 12 months.

Will Woodhall, will work across the Leeds-based company’s agency, investment and lease advisory divisions, while also studying part-time to complete a degree in real estate.

He said: “I was keen to join a dynamic, independent firm with a friendly, experienced team.

“The agency team has been involved with several notable deals in 2021, and I’m looking forward to learning from directors Andrew Gent and Paul Mack, as well as working in the investment and lease advisory teams.”

Paul Mack, director at GV, said: “We have been involved in an array of deals ranging from small-scale trade counters on the edge of city centres, to vast distribution centres spanning more than 500,000 sq ft throughout 2021.

“As demand for commercial property, and in particular large scale logistics buildings, grows at an extraordinary pace, we have never been so busy.

“We are pleased to welcome Will to the business and look forward to supporting him with his studies and career in commercial property.” 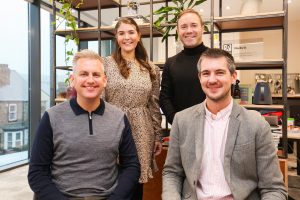 Risorto first joined the property firm in 2015. Most recently, she held the position of area manager in Chesterfield, which she will continue to lead on.

She will join managing director Mark Ross and directors David Cooper and Peter Lee as a member of Redbrik’s board of directors.

Ross said: “Jessica has been with us for six years, and in that time, has gained a wealth of knowledge which we believe she will apply to her new role.

“David, Peter and I are thrilled that she will be supporting us with the delivery of strategic plans in 2022 and beyond.”

Risorto added: “Coming from a hospitality background, prior to joining Redbrik, I understand the importance of exceptional customer service. I’m excited to bring this and many new ideas across the entire organisation.”

Redbrik has also announced that Laura Molloy has been promoted to area manager for the Crystal Peaks branch, after previously working as sales manager and then most recently assistant manager in Chesterfield.

A newly created position of head of residential sales will be held by David Cooper.

As well as his role in managing the South West Sheffield branch and Director duties, Cooper will oversee the residential property sales operations of the business. This will involve facilitating an enhanced property sales service for home movers. 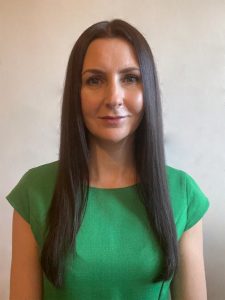 ZenAuto, the direct-to-consumer business of Leeds-based vehicle leasing and fleet management company Zenith, is accelerating its growth plans with the appointment of Gemma Bacon as marketing director.

Bacon will drive the development of the brand across the UK and lead a team of marketing and digital professionals.

Her broad remit covers everything from brand development to digital conversion, PR and the customer experience. She will report to John Tracy, CEO of ZenAuto.

Bacon said: “I am delighted to be joining ZenAuto at such an exciting time in the brand’s journey. The growth that the team have achieved in a short period of time is fantastic, and I look forward to contributing to its continued success”.

ZenAuto is currently running a national brand campaign on TV, outdoor and online. The ‘Don’t Buy It, Zen It’ campaign was developed by M&C Saatchi Accelerator.

Bacon has held senior roles across the financial and professional services sectors, most recently as the chief marketing officer at Mortgage Advice Bureau (MAB) Plc.