Simmering frustration over the Government’s Integrated Rail Plan (IRP) for the North and Midlands has again boiled over – this time at the latest full meeting of Leeds City Council.

Councillors at the meeting unanimously backed a motion stating that the IRP does not deliver the current Government’s promises to improve rail services for the people of Leeds and Yorkshire, noting that this failure “follows decades of underinvestment from successive governments.”

The motion, brought forward in the name of council leader Councillor James Lewis, adds that the IRP does not address shortage of capacity at Leeds Station or the network around Leeds, warning that this issue will affect the district’s future growth until it is resolved.

The same motion calls for a swift resolution to these problems for residents and businesses in Leeds.

And it urges ministers to provide clarity for Leeds residents and businesses on how and when the IRP will “deliver the promised rail and mass transit improvements our city desperately needs and deserves.”

Presenting the motion to the council meeting earlier today – 12 January – Cllr Lewis said: “Over the last 30 years all the main political parties have had a go in Government, all have promised large scale transport schemes for Leeds – then cancelled them. 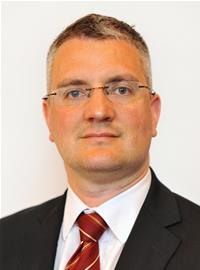 “Clearly there’s someone down there in Westminster or Whitehall who doesn’t like us, because when we’ve needed investment we haven’t had it.

“The time for talking is over. We’d hoped the IRP would deliver, but what we got in Leeds is reviews not decisions, and that is regrettable.

“We need modern railway infrastructure and we need investment in mass transit.”

Seconding the motion, Cllr Helen Hayden said the IRP amounted to a “betrayal” with the Government failing to address the capacity problems facing the North’s railways.

“Our network is old and creaking,” she said. “Capacity has long been our problem and this Government betrayal kills off our best chance of solving it.”

Other councillors voiced strong support for the motion, arguing there is no point in the Government promising faster trains if it won’t address capacity bottlenecks or the poor rail connections between the east and west coasts.

The IRP was unveiled in mid-November last year and has since faced withering criticism from local and regional leaders, who have said the pared back proposals will not be enough to unlock the the North’s full potential.

The published plan has confirmed that the eastern leg of HS2, from Birmingham to Leeds, has been scrapped, and plans for Northern Powerhouse Rail downgraded.

Critics have accused the Government of breaking investment promises and not fully considering the advice of independent rail reviews, the ambitions of Northern leaders, and the appeals of its businesses.