A group of MPs, regional mayors, local authority and cultural leaders are championing the spirit of George R R Martin’s famous book series (and its TV adaption) by calling on the North to remember the huge economic contribution the region’s culture makes to the UK.

The Northern Culture All Party Parliamentary Group (APPG) has today – Wednesday 19 January – released its The Case for culture report following its levelling-up inquiry.

James Daly MP and Julie Elliot MP, co-chairs of the Northern Culture APPG said: “Now is the time for the North to seize this ‘once in a generation’ opportunity to increase diversity, sustainability, accessibility and resilience in its talent pipeline.” 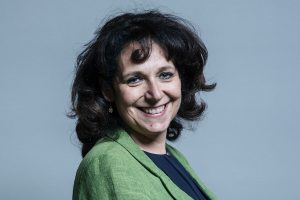 The report which also includes a 10 point action plan that makes it clear that Northern culture must be embedded and not ignored in the upcoming levelling up White Paper.

Daly and Elliot added: “We know that Northern Culture makes a huge contribution to the UK economy. We believe it is time to invest and kick start the North’s cultural future. It’s time to level-up and time to place culture at the hart of the North’s recovery.”

The report which was compiled after the APPG’s inquiry “gathered a significant body of evidence” about what the region needs in order to rebuild, rebalance and recover has also received pan-Northern and cross party support.

The 10 point plan outlined by the report includes calls for the region to see greater investment in “a new creative curriculum” throughout the education sector in order to ensure that the future workforce has the spirit of innovation which ensures the region remains globally competitive; tackling digital poverty to allow the spread of better connectivity but also access to technology to support growth, raise productivity levels and better connect producers with audiences.

Other suggestions highlighted include increased representation and the promotion of diversity and EDI training packages amongst creative organisation’ incentivised collaborations between cultural, educational, public, third and private sector organisations and the importance of connecting health and culture – an area the report says the “North should lead the way in”.

The clear change amongst the full 10 points was the need for a more strategic and less fragmented approach across the North which supports “joined-up thinking” over short term interventions in order to support the Government’s levelling up agenda.

Tracy Brabin, mayor of West Yorkshire summed it up by telling the inquiry that there needed to be a shift in funding focus noting it can’t continue to be “a beauty contest where we’re all pitching against each other. The money and time spent in these bids is unfortunately so draining and then when you don’t win there’s nothing. It should be something the Government are committed to across the country so that we don’t have to bid against each other traitorously.”

The full report is available to read here. 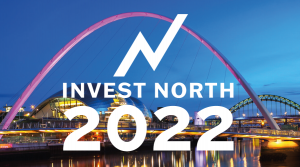 The topic of turning levelling-up rhetoric to realistic economic growth for the North which delivers for the people and business which call the region home and for UK plc is the key theme of this year’s Invest North virtual conference hosted by TheBusinessDesk.com and brings together business and political leaders around the key themes of international, place, talent, funding and investment, and innovation.

To find out more about Invest North 2022 or to purchase a ticket visit InvestNorth.uk